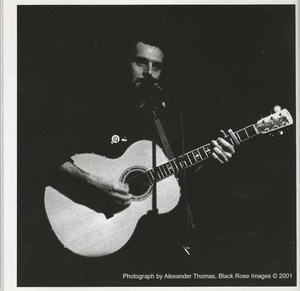 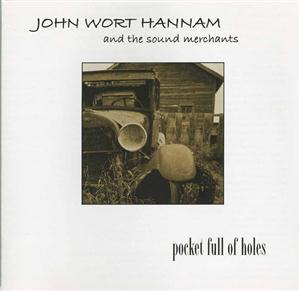 Hailing from Fort Macleod, Alberta, Canadiana artist John Wort Hannam is known for his distinctive Blue Collar Roots Music. Described as a "unique fusion ... Full Descriptionof styles from folk, to country and western, to maritime music", his songs champion the way things used to be, the working class, scraping by, falling in love, and falling apart. He sings of small towns and those people with the courage to leave them, those with the courage to stay, and those with the courage to return. His poetic lyrics create down to earth stories.
John has received many accolades and industry recognition for his distinctive sound and unique song-writing ability. 2005â— nominated for two Canadian Folk Music Awards for Best New/Emerging Artist and Best Contemporary Folk Singer â— nominated for a Western Canadian Music Award in the category of "Outstanding Songwriter".

John Wort Hannam's live show has been described as "captivating". The Calgary Folk Club wrote, "John Wort Hannam took the stage, and in short work took the audience as well. John wins over the "everyman" in all of us." When John played Vic Bell's Nickelodeon Folk Club, he set an all-time CD sales record for an opener for the 24 years of the club's running.