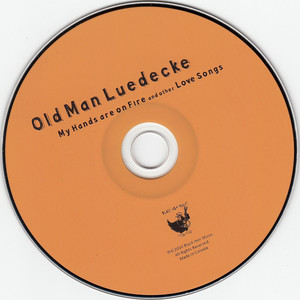 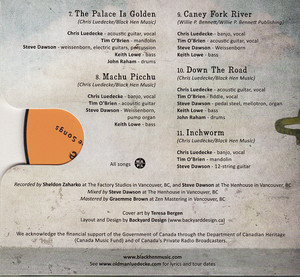 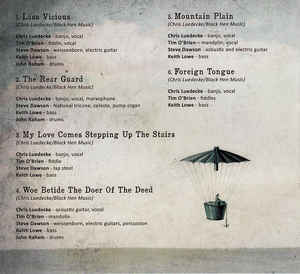 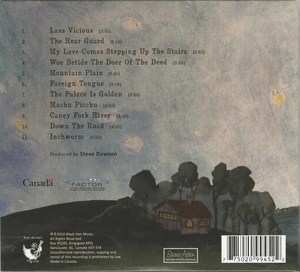 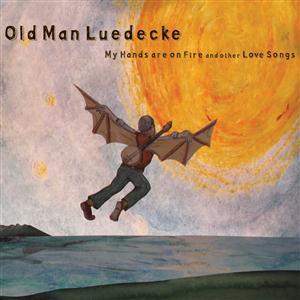 With banjo in hand, Nova Scotia folk singer Old Man Luedecke (aka Chris Luedecke) has released his new album, My Hands Are on Fire and Other Love Songs. The record is a follow-up to 2008's Proof of Love, which won the singer-songwriter a Juno Award for best roots traditional solo album.

Recorded in Vancouver with Steve Dawson (who also produced Luedecke's first two albums), My Hands Are on Fire and Other Love Songs is this time a full-band effort and features guest appearances by bluegrass legend Tim O'Brien (Hot Rize, Steve Earle) on all of its 11 songs. For the rest of Luedecke's band, he has roped in Keith Lowe (Fiona Apple, Bill Frisell) on bass and John Raham (Be Good Tanyas, Po' Girl) on drums, with O'Brien taking handling fiddle, mandolin and backing vocals.

"I love the simplicity of being a solo player. But, this time, I've enjoyed learning to use the studio as a creative place to imagine a song," says Luedecke in a press release. "This is a bunch of great musicians making it with my songs. A recording can have its own identity that's distinct from how the songs are presented in a live show.' For the first time, with songs like 'The Palace is Golden,' I've had the experience of shaping songs in the studio with these really great players,"

Luedecke claims the album is even more traditional than past efforts, something he strived for with authentic lyrics and musicianship.

"Good music is honest to its time," he explains. "The old blues and country artists I love were singing about the world they lived in. When they sang about trains and telephones, they weren't being ironic. It was new and what they saw around them. I want the songs I write to be catchy, but not at the cost of being true. I hear so many songs that have beautiful melodies, but I don't know what they're about and I can't feel them. I try to write about my life in a way that I'd like to read about somebody else's life."

The album, which was released by Black Hen Music, also features a tribute to Canadian folk music legend Willie P. Bennett, with a cover of his "Caney Folk River."
-By Jason Schreurs