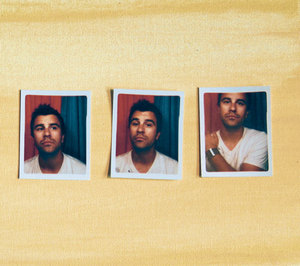 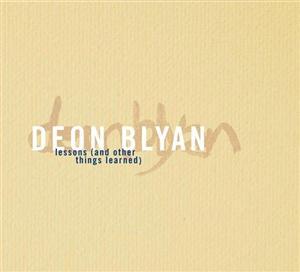 Lessons (And Other Things Learned)

You'd think that moving from small-town Alberta to big-city Edmonton to pursue music would be enough to steel your resolve, would be proof positive that you have what it takes to step out of your comfort zone—a necessary trait if your aspirations are bigger than campfire crooner. But life has a one-step-forward-two-steps-back quality, and the things that we learn about ourselves are often by repetition.

Although singer-songwriter Deon Blyan managed to carve his name into the Edmonton scene within a couple years of moving here in the mid-'90s, it wasn't until he moved to Calgary a couple of years back that he was able to see the world of possibility.

Many artists—of any medium—will tell you that growth stages are fodder for their art, but Blyan is especially frank about it, which more than comes through in his music—just take the name of his fall 2007 release Lessons (and other things learned). His second studio album really saw him beginning to understand his own voice. This direction, inspired by everyone from Bob Dylan to Ron Sexsmith to Danny Michel, is one in which he wants to continue.

Lyrically, Blyan is aspiring to become more of a storyteller, to try and wrest the universal from the everyday.

"I think that any songwriter worth their salt eventually gets to that skill set," he says. "I'm sitting outside a Laundromat, actually, right now—but being able to say, OK, there's a lady in the Laundromat, I'm going to write a song about that lady's story and make it poetic. I've sat down with friends to do co-writing and the way they go about it, they bring other experiences, it's not just 'I'm in love with a girl and this is why.' It's further than that that holds the listener."

Blyan hasn't officially been recording, but after taking a bit of a winter hibernation, he has been noodling with some demos, even stretching his musical muscles by playing each of the instruments. It has been a year and a half since Lessons, after all, and he's got the itch—it's time to start finishing off some songs and laying down some tracks. It's time to take on those lessons and other things (re)learned.
-Carolyn Nikodym