Ellestad, Kris - No Man is Land 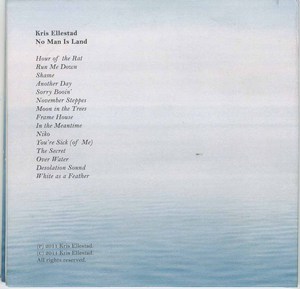 Kris Ellestad - No Man is Land 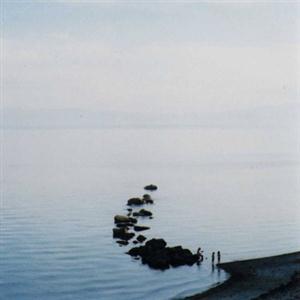 No Man is Land

Listening to Kris Ellestad’s “No Man is Land” is a challenge. There will be people who will start to listen to the first track and quickly abandon the entire release, moving on to something else…something safer. To those people I say go ahead, turn off your brain and put on some Miley Cyrus. But for those who like to be challenged – those who don’t need their art spoon fed to them – this is an album well worth the listen!

Kris Ellestad is a multi-instrumentalist, singer and songwriter from Calgary, Alberta with strong folk roots and a penchant for crafting dark musical parables and cautionary tales in the guise of songs. What he seems to have put together on this release is a series of vignettes dealing with themes of isolation, exclusion, self-doubt, inner conflict and discovery. “No Man is Land” could operate very well as a soundtrack for a Film Noir. The hero is the victim, and the antagonist wears many masks. As for the film itself, Ellestad gives you just enough information to help you create the movie inside your head. In the end, you’ll leave the theatre of the mind filled with emptiness, comfortably disturbed.

Now, if the above description intrigues you, it should. This is a fascinating album, rich in simple, lovely tunes and breathtaking instrumentation. Kris Ellestad does a great job on guitar, accordion, piano and other instruments, and his vocal range is impressive. His singing is at times haunting, at times comforting, and often both at the same time. It may remind some of Roland Orzabal of Tears for Fears. Kris is ably accompanied on some tracks by his sister Laura (who plays violin and sings on the album) and his father Mark (who sings and plays a number of instruments including viola, percussion, and guitar.)

The album opens with “Hour of the Rat,” which sounds as if it could have been written centuries ago, and conjures visions of wagons moving westward or of a people forced from their homeland and searching for sanctuary. What I found a bit off-putting is that the track seems to lose the beat near the end. But that is a small misstep in the context of the album and easily forgiven. “Run Me Down” shows off not only Kris’ gorgeous vocal skills, but also his song writing prowess. The track may have you scrambling for a dictionary to find out what the word podiphile means. I’ll give you a hint: think foot fetish. The next tune, “Shame,” features the three Ellestad family members weaving together a melodic number that doesn’t suffer from its relatively short 1:38 run time.

“Another Day” is where the album really begins to hook those who have decided to give it a chance. Kris blends guitar and mandolin well here, and the lyrics bring to mind Gord Downie in the way that the Tragically Hip front man tells stories in a purposely ambiguous fashion, leaving enough room for you to fill in the blanks. “Sorry Booin’” has a nice orchestral feeling to it, although the story line is somewhat disturbing. Kris Ellestad gets to show off his vocal range, and there’s a hint of Bolero in the instrumentation. “November Steppes” features more beautiful instrumentation along the lines of a Crosby, Stills and Nash offering, albeit without CSN’s sometimes saccharine lyrics. To this listener, “Moon in the Trees” may be the highlight of the album. It is a beautiful acoustic number, and one I wish was longer than 1:51.

“Frame House” seems to speak from a rural experience, and features some of Ellestad’s most telling lyrics. My favourite line is “And if I speak of something true, know that it’s up to you to decipher it.” There you have it; revealing in its intent, without giving away a thing. “In the Meantime” is another strong track that could fit well alongside early John Lennon solo work. It operates as a stinging indictment, although we’re not told exactly who Ellestad is railing against here. “Niko” is a sparse but haunting song highlighted by some great vocal work. “You’re Sick (of Me)” has some lovely steel guitar and borders on being a song of resignation without quite sinking into gloom.

“The Secret” almost sounds like a tribal song, with a hard driving backbeat. The lyrical content could be considered disturbing, but it all fits with what the artist is trying to do here. As mentioned earlier, this release is at times challenging. One of the brilliant things Kris Ellestad is able to do throughout the album is use instrumentation as a kind of candy coating for the bitter pill delivered in a lot of his lyrics. “Over Water” is a simple, breathtakingly lovely tune that hints at inner conflict and possibly even self loathing. But it works!

“Desolation Sound” is rich and foreboding, tense and dark, like a summer thunderstorm. It amounts to great instrumental song construction on the part of Kris and his father Mark and if this were a soundtrack to a movie, this would be a pivotal scene. It sounds to me like a boat being bumped against the dock in the song’s final seconds, but that could just be my own interpretation. The final track, “White as a Feather,” ties the album together nicely without bringing any real resolution. The movie is over, but the hero was not saved. But lessons have been learned and in the future, others will heed these words of caution.

In summary, “No Man is Land” is one of the strongest releases I’ve heard in ages and Kris Ellestad deserves full marks for this effort. This is not an easy album for most to listen to, but if you do, you’ll be better for the experience. If you don’t want to give it a listen, that’s your choice, but you are really missing out. Or, maybe you deserve to be listening to some of the mediocre mainstream crap that passes for music these days after all.
-Grayowlpoint