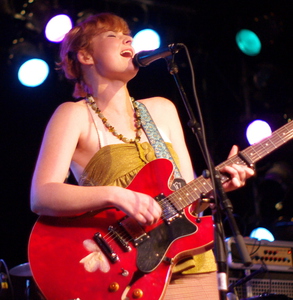 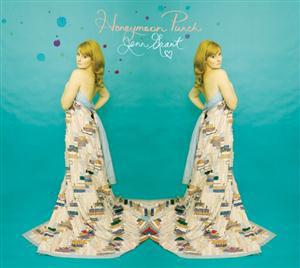 The 30-year-old Jenn Grant knew that her third album was going to lead her in a new direction. She’d already been a blues singer and a folk star, but on Honeymoon Punch, the Prince Edward Island-native felt like she was finally ready to rock.

“When I was recording Echoes, I was writing about being broken-hearted and after two years of supporting that, it was like, ‘Oh my God, kill me now,’ ” Grant says with a laugh from her Halifax home. “I want to portray something more vivacious, immediate and lively and I think this record is a better reflection of where I am today, which is stomping my feet around and sharing something with my audience that’s fun and bright.”

It’s not like Grant needed a change in direction. The singer won the best new artist award at the 2006 Nova Scotia Music Awards and her lyrical, wistful pop songs have been featured on such TV shows as Grey’s Anatomy, Flashpoint and Heartland. However, after falling for her producer, Daniel Ledwell, who also made records for In-Flight Safety, Grant found herself listening to vinyl and falling in love.

“Danny and I bought this little house and renovated it, and this record was literally born by me just strumming away in our kitchen,” says Grant, who plays keyboard as well as guitar on her new album. “Phoenix made my favourite record of the past year and I love how when people came over and I played it, everyone started dancing. It had this joyous, I-don’t-give-a-s-–t attitude, like, ‘Why can’t I make a record like that?’ ”

The record is still an immediately recognizable product of Grant’s infectious lyrics and vocals. Upbeat, though at once lush and haunting, it references everything from Joel Plaskett to Bruno Mars, and finds the performer ably pushing into territory where she’s never been before.

“I remember performing for the first time at 16 and being so freaked out by the attention that my voice and hands were shaking, and even though I wanted it so badly, I couldn’t go on,” says Grant, who had originally decided to battle her stage fright by becoming an artist, and graduated from the Nova Scotia College of Art and Design. “In Halifax, I’d spend five nights a week in the clubs and I fell back in love with music and performing. I saw Tegan and Sara when I was 24 and I loved it so much, I recorded my EP the next year.”

Grant has gone on to record with Matt Mays and Ron Sexsmith and says that any reluctance she once had with performing is gone. Her new album was recorded in Nova Scotia at a place called Lake Deception, and she says she can’t wait to take her new band — and her fiancé — on the road.

“I feel like this record is definitely more me than the last record or anything that I’ve done before,” Grant says. “This is the sound of me ripping up floors, making pizzas and falling in love.”
-Ben Kaplan, National Post