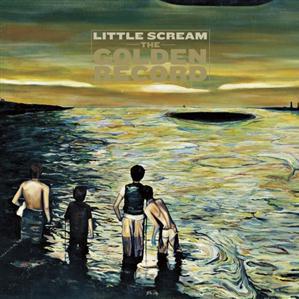 LITTLE SCREAM'S MUSIC is-like her moniker-full of perfectly satisfying contradictions. It is at once familiar and completely distinct; effortlessly absorbing multiple genres into a sparkly and cohesive landscape. From her early days performing with a battered acoustic guitar through a cigarette amp, to her current multi-layered solo act typically combined with a rotating band of all-star musicians; one thing remains true for Little Scream: things are always done in her own weird and wonderful way.

Born in Iowa and raised along the Mississippi River in an 'Addams Family meets 700 Club' home, Little Scream, aka Laurel Sprengelmeyer, learned violin and piano as a child. She emerged onto Montreal's music scene at her own pace, appearing and disappearing on stages alongside the likes of Atlas Sound, Stars, The Sea and Cake, and Handsome Furs; all the while slowly crafting the sounds that would become her debut full length: The Golden Record. Co-produced with Richard Reed Parry (Arcade Fire, Bell Orchestre), The Golden Record features Little Scream on guitar, vocals, violin, and keyboard. In typical Montreal fashion, it showcases a healthy slice of local talent including Richard Parry, Mike Fuerstack (Snailhouse), Becky Foon (Silver Mt. Zion), Patty McGee (Stars), and Sarah Neufeld (Arcade Fire, Bell Orchestre). The National's Aaron Dessner also contributed guitar on the first single, "Heron and the Fox". The title refers to the 1977 Voyager Space shuttle time capsule recording that contains sounds, language and music intended to represent earth. In Little Scream's words: 'It is a poignant if not futile gesture of communication with some form of sentience that might intercept it in the distant future when we are the distant past'. The otherworldly cover of The Golden Record is one of Little Scream's own original oil paintings.