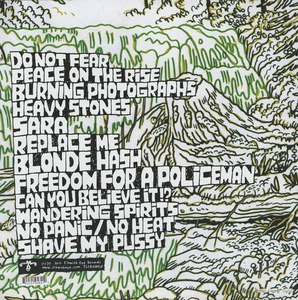 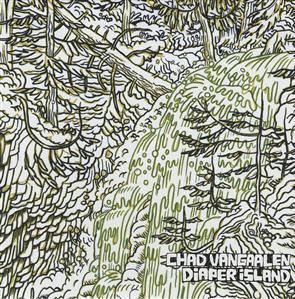 Chad VanGaalen moved out of his basement bunker and into a larger studio to make this fourth album, but don't expect to hear a polished recording — Diaper Island was tracked on a vintage tape machine. And don't let the album's first single, "Sara," fool you either. Sure, it's a heartwarming ode, but it's the anomaly here.

Diaper Island is VanGaalen's rough, tough, unadorned and skewed stab at a rock album. It's very obviously influenced by the time he spent involved with Women's latest disc, Public Strain.

Little of Soft Airplane's creepy beauty carried over to this record (VanGaalen opted for a mix of cosmic journeys and earthbound daydreams for the lyrical material), but that album's unbeatably catchy (albeit clunky) melodies definitely made the transition. VanGaalen's vocals on Diaper Island — which uncharacteristically vie with guitars for an up-front position — are muted to the point that they're no longer as crucial to the songs as they were in the past.

It'll take a few listens before you're fully able to grasp (forget about trying to interpret) what VanGaalen's saying in any given song. After a first spin through "Peace On The Rise," for example, you'll have picked up phrases and fragments like "interstellar space" and "slip into the same old dream every night," but not much else.

Like Women's albums, when you first get your hands on Diaper Island, you'll find yourself wanting to listen to it over and over again without ever understanding why.
Chartattack.com
buy the album here: http://www.flemisheye.com/albums/024-diaper-island