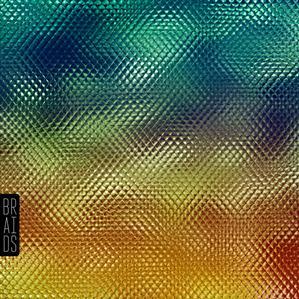 In one of art-rock’s unwritten rules, the patterns of Minimalism are usually paired with cosmic or cerebral musings. But it doesn’t apply to Braids, a four-member band formed in Calgary and now based in Montreal that has just released its debut album, “Native Speaker.”

Braids’ songs revolve around loops and layers of guitars and keyboards, setting up cascading arpeggios and pointillistic cross-currents, pulsating drones and stereophonic ripples. Clearly, Braids has listened to Minimalist composers like Philip Glass and Steve Reich, and very possibly to bands like Stereolab and Dirty Projectors as well. The music materializes part by part, openly revealing its components before they turn into a hypnotic force: a texture, a motif, a mesh, eventually a voice or voices with verses and choruses and then, often, an instrumental postscript, as if the songs and the cycles within them might still be going on somewhere, just out of earshot.

When Braids’ lead vocalists, Raphaelle Standell-Preston (on guitar) and Katie Lee (on keyboards), aren’t singing lyrics, they harmonize ethereal oohs and ahs. But their words are fixated on an earthy subject: carnality in all its phases, from attraction to lust to procreation. “Lemonade,” with vocals blithely flitting around a quick-picked guitar line, juggles jealousy, curiosity and seagull sounds, and it eventually concludes both that “We’re all just sleeping around” and “All we really want to do is love.”

The title song of “Native Speaker” — a leisurely eight-minute track built from an undulating guitar loop, shimmering piano tremolos, echoing voices and no drumbeat — admits, “I know that days aren’t only about touch and loving you/But my my my my my it feels good.” The entire lyric of “Lammicken,” over a steady 4/4 thump, cellolike riffs and a crescendo of analog synthesizer whooshes and vocal ahs, is “I can’t stop it,” repeated with rising intensity like a Bjork incantation. And “Plath Heart” — with concise vocal phrases threaded through a maze of leaping, stop-start instrumental lines — envisions giving birth.

It’s heady music about the body and its imperatives. And it’s every bit as mesmerizing and vertiginous as desire can be.
-Jon Parles, New York Times