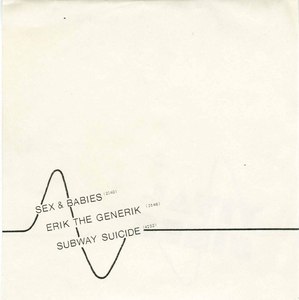 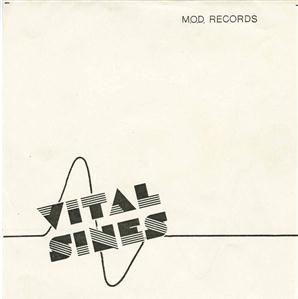 Vital Sines was a Toronto post-punk/new wave band active between 1980 and 1988. They are best known for their hit single, Collage, which was recently listed as one of the most influential Canadian alternative rock songs.

The band got their start in punk rock venues in Toronto, releasing their first indie single, "Subway Suicide" in 1981. Following this they often played under the cover name "Tryfono & The Heat Resistant Sheep" as openers for better known acts.

When the original drummer, Chris Weekes, left the band, they re-invented their sound. In 1982 they released a seven-track cassette album, Rhythms In Dark. This was moderately successful in the Toronto scene, and convinced the band to invest in a vinyl release of new material.

Their work appeared in 1984 as the four-track Collage 12-inch EP. Losing their punk sounds, the new album combined the atmospheric guitar backing like those of Brian Eno or Killing Joke with the pretentious lyrics and deep vocals of Simple Minds and Gang of Four. The eponymous single "Collage" gained wide airplay on CFNY-FM, and the indie release quickly sold out.

David Ross, who helped record the EP, took a job with Midnight Records in the UK. Midnight picked up an option on Collage, leading to a re-release in 1985 along with a music video. The re-release sold tens of thousands of copies in Toronto record shops, with continued sales well into 1985. CFNY nominated both the song and video for U-Know awards.