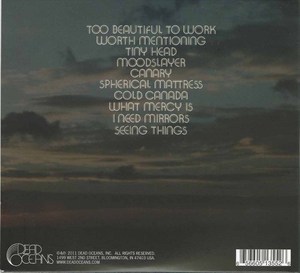 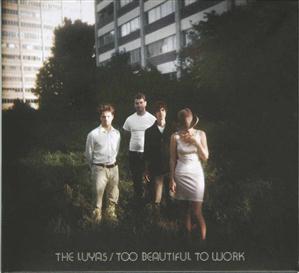 Too Beautiful to Work

In terms of anticipation, after rumoured style changes and a remarkable set at M for Montreal over a year ago now, the surprising silence from quirky Montreal art-poppers, The Luyas, pushed my expectations for the long overdue follow-up to Faker Death to a near Chinese Democracy level. Well, without hoping that Jessie Stein opted for cornrows.

Cerebral and heady, Too Beautiful To Work uses loops and effects on Pietro Amato’s french horn and the psychedelic tones of Jessie’s moodswinger to augment the notes, but never does the band relent and let the songs blend into a drug induced, cloudy haze. Each arrangement, even at it’s most psychedelic, is as precise as a well cut diamond. The opening title track starts of as a delightful, swirling pop song with Owen Pallett’s poignant strings punctuating Stein’s vocals, but slowly gives way to well ordered chaos. The melody still dances behind the experimentation, keeping heads nodding and toes tapping and ultimately resulting in a sound as fresh as new fallen snow.

And although no song on the rest of the record really sounds like the title track, those well executed transformations are consistent throughout the affair and really are the backbone of this record. No song is merely one note; the evolutions not only work, they sound necessary. Even with the instruments and textures of free form, you can tell that The Luyas took their time with these songs, building them piece by piece until they sounded perfect. The moody haze of “Canary” undergoes an organic metamorphosis to a “first light” type stop motion soundtrack piece. “Cold Canada” plays with an almost robotic, futuristic sound but the strings that wrinkle in and out of the melody . “What Mercy Is” drives forward with a spacey feel, but the french horn work acts as the perfect, mellowing finish to stratospheric heights for which the band aims.

What’s remarkable is that whatever direction they move, The Luyas seem to be completely comfortable with the textures and always add their own stamp to the end result. It’s hard to imagine a band so experimental being able to deliver Pizzicato Five style lounge pop (“I Need Mirrors”) without losing themselves, but by adding just enough weight to balance Stein’s high-pitched vocals and the dancing, damn near precocious melody that’s exactly what you get. Honestly, I had high expectations for Too Beautiful To Work, but The Luyas exceeded that high water mark with ease. Immediate and still a record that reveals hidden treasures the more time you spend with it, and at the end of the experience, you really can’t find fault with any note.