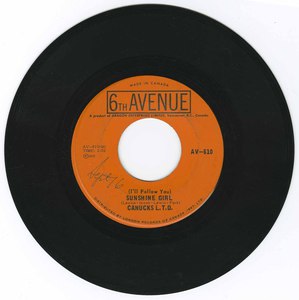 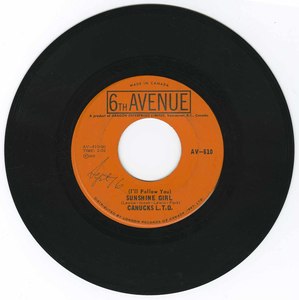 Formed in 1956 in Vancouver, B.C., Canucks Ltd. recorded a debut single in 1958 of their customized version of the chestnut standard "Old McDonald".

Canucks Ltd. arrived in Yukon in 1966 and had the house gig at the Rainbow Room at the Whitehorse Inn where they played for many years. Back then Yukon was in the midst of a boom and it was here that Ray, Red, and Ed had the opportunity to take over The Rainbow Room. Their popularity lead to line-ups down the block and standing-room only attendance most nights of the week.

It was in this era they made music and memories with friends such as Al Oster, Hank Karr, Bill & Rusty Reid and The Northernaires to name a few. Radio was the cornerstone of communication and entertainment and it was through this medium the Canucks logged many countless hours recording and performing at the CBC with the likes of Les McLaughlin, Cal Waddington, Tim Kinvig and Terry Delaney, all who were huge catalysts in helping to develop the Yukon music scene as we know it today.

Canucks Ltd. have played from Alaska to the southern USA and have performed with countless legendary performers such as Waylon Jennings, Loretta Lynne, Sam Butara, Ernest Tubb, Jimmy Duranty, Doris Day, Hank Snow, Buddy Knox and The Coasters, among others.

Revered as the godfathers of live music in Yukon, they are one of the few remaining groups still together and performing to this day. 2007 marked the release of a brand new CD mainly filled with pre-1955 standards.
-Brandon Isaak