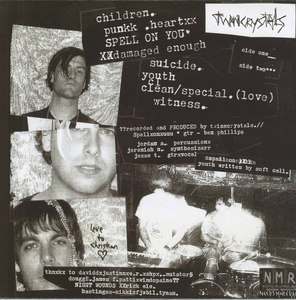 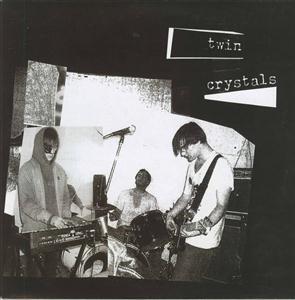 Despite D.O.A.’s influential run since the ’70s and the pop-punk boom of the ’90s that brought Gob close to the mainstream, it’s arguable that 2008 is the year Vancouver punk broke. From crowded bars to banging basement shows, the city is positively bustling with noisy activity. With combos like the Mutators and Shearing Pinx firing off release after release to satisfy today’s ADD–riddled fans, it was only a matter of time before these acts started getting attention outside of their hometown.

Twin Crystals is no exception. A West Coast tour last spring climaxed with a well-received set at South by Southwest, while the band has seen its fair share of hype in Exclaim! and Fader over its hypnotic track “Two Girls”. Though the trio is plenty pumped about the attention it got for its single, the admittedly lo-fi outfit feels that particular recording is a little misleading.

“We worked with Shawn Cole, who did the You Say Party! We Say Die! records,” keyboardist Jesse Taylor tells the Straight. “He was really into the fact that I had a bunch of synthesizers and really took the reins on that session. It turned out really good but there was a lot of layering on it that we can’t do live.”

“He took a sample of something I played and put it through the whole song,” guitarist-keyboardist Jeremiah Haywood adds, before adding with a smirk, “I didn’t notice it until we got the records back.”

Smoking cigarettes and pounding Pabst Blue Ribbon in its East Van practice space, the group––Haywood, Taylor, and drummer Jordan Alexander––explains that it’s taking a live-off-the-floor approach from now on. Twin Crystals, the act’s self-produced eight-song full-length, is rougher than the slick-sounding tribal beats of “Two Girls”. Recorded entirely in the trio’s jam space, the disc presents Twin Crystals at its rawest.

“It was basically just us having a rehearsal, but we had microphones around,” Alexander explains.

Written shortly before being put to tape, “Punk Heart” is the group’s punchiest number. Amidst a bone-cracking backbeat and vintage-synth squawks, Haywood’s gristly guitar tone assaults the ears with a gnarly surf-styled solo. The tune’s shaky, handheld-camera–shot video suits Twin Crystals’ current off-the-cuff attitude. In it, Taylor twirls around his living room, batting at balloons with his guitar and tearing down streamers as he lip-synchs the occasional lyric, only to collapse in a giggle fit.

“I’m really obsessed with separation anxiety,” the vocalist admits. “You can be born into a really good home but by the time you’re 15 you can have no relationship with your parents and they kick you out of the house. I don’t get where that comes from.”

Chronicled on this year’s Emergency Room Vol. 1 compilation, Twin Crystals is part of a thriving punk scene that comes off as a big family. Alexander helps record local bands at the Emergency Room studio, while Haywood plays with Modern Creatures, the Defektors, and Terror Bird.

Countering the recent flood of local material being put out, the trio already has new CD-R’s, seven-inch singles, and cassette releases in the works.

“You’ve got to keep the momentum up,” Alexander says. “The key is to put out whatever you have, otherwise you just flounder about. You have to have something to look forward to.”
-Gregory Adams