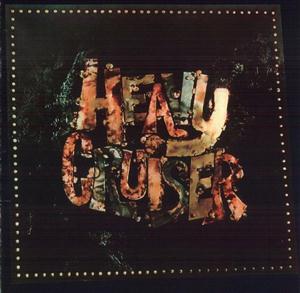 This heavy psych rock blues album has remained underground until now. Originally released in 1972, it is only available on this site.

Neil took the band members from Mama Lion into a studio to demo some songs. They recorded half-dozen songs and a few days later, Mama Lion went on a tour and wound up in New York City to play Central Park with Billy Preston. The engineer in LA made an acetate of Neil’s songs and sent it to Neil in care of Famous Music. The band went to a meet and greet at Famous Music and Neil played the acetate at the party. The head of A&R loved the music and bought it from Artie Ripp. Neil called the project “Heavy Cruiser”. When Mama Lion returned to LA, Neil took the band back into the studio and they recorded a few more tracks to complete the “Heavy Cruiser” record.

Artie Ripp stopped the band from putting their names on the record cover because he didn’t want it to interfere with his main act, Mama Lion. The same thing happened when Neil did more of his songs with the band and produced a second “Heavy Cruiser” album called “Lucky Dog” – band members’ names were left off the cover.