Stance - I Left Love Behind a Long Time Ago 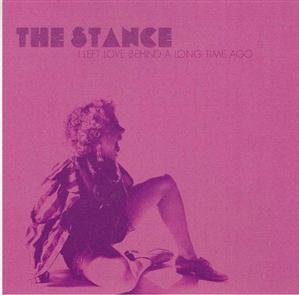 I Left Love Behind a Long Time Ago

As brash as its predecessor, the debut EP The Stance Shall Inherit the Earth, the new full-length from Halifax’s The Stance nonetheless proves there is more to the group than teenage lust and a fetish for mono recording. I Left Love Behind a Long Time Ago is a hook-laden slab of genuine rock and roll with nods towards classic rhythm & blues and hard-nosed garage rock. The result is as immediate as its electric pink jacket, and as close to the group’s explosive live shows as can be imagined. Dividing its time evenly between hyperkinetic garage-punk (“Jenny Jitters,” “Yellow Fever”) and a boozy, swampy channeling of Seventies British rock and roll revival (“School Pride,” “Grow Up on Drugs”), I Left Love Behind a Long Time Ago is a fierce and utterly unselfconscious album mostly recorded (appropriately enough) in the same basements and garages out of which the group lurched into existence a few years back.

Not that the record was really supposed to sound that way. Around the time that the EP had gone to its second pressing, The Stance entered the studio to record an album of pure pop hits. Progress was swift and smooth until, promptly and without warning, the group decamped with the master tapes and slunk back into the basement with a handful of microphones and some half-completed tracks. Little was heard for months. The label began to get nervous. The group’s live show became increasingly erratic as it grew to punishing volumes. Rumours swirled of a forthcoming LP; the group neither confirmed nor denied – said almost nothing, in fact. Then a bolt from the blue: the record was done, and on its way to the pressing plant. Hardly anyone – least of all the label – had any idea what its full contents were.

For a group that has rarely concerned itself with finesse, the coup had its own irresponsible logic. Free to follow their own chaotic whims, The Stance came up with a record that boasts consistently strong songcraft while relinquishing none of the group’s trademark energy. Played loud enough, the caveman thrash of the album’s lead-off tune, “Strung Up,” is enough to suck the air out of your lungs. The devastating Side B-opener, “Jet Fighter,” packs as much heat into 90 seconds as most records hold across an entire side. Bouncy country ditties (“Young Love”) stand alongside some genuinely gorgeous soul stompers (“Yours & Mine” – currently being pitched, without success, to the folks at K-Y.) It’s a fresh and infectious record that shows what the next generation of Rock Revival can be. With relentless confidence and aplomb, I Left Love Behind a Long Time Ago reminds us of some important lessons: haircuts are overrated, school’s a drag, and “taking it easy” is a quitter’s way out.

Available on CD and 12” vinyl from Just Friends Records.

All Songs Written by Mark & James MacAulay
Produced by The Stance
Recorded and Mixed By Jeff Leadbetter & The Stance
And by Dave Ewenson & Charles Austin at Echo Chamber Audio, Halifax NS