Barlow, Emilie-Claire - The Beat Goes On 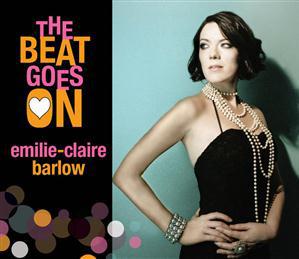 The Beat Goes On

You could say that The Beat Goes On finds Emilie-Claire Barlow going back to the future. You see, the Toronto jazz chanteuse’s acclaimed previous two albums, 2007’s The Very Thought of You and 2009’s Haven’t We Met? (both nominated for Juno Awards) drew upon the Great American Songbook and tunes from the ‘30s and ‘40s. Here, she looks forward to the ‘60s for her repertoire, and the result is a charming album that does real musical justice to that most colorful of decades.

The Beat Goes On is the eighth album in a recording career that now spans 12 years, and it is a record of which she is justifiably proud.

The Beat Goes On, Emilie-Claire Barlow’s 8th studio album, finds Barlow diving into new territory as she draws inspiration from one of the most inspired and colourful decades – the 1960’s. The result is a wonderfully varied collection of classic songs given new life by Barlow’s inventive arrangements and signature vocal style. The Beat Goes On is set for release on October 5th, 2010.

Recorded at the Doane LeBlanc studio, Barlow’s husband, Daniel LeBlanc, a noted composer and producer, took on co-production, engineering and mixing roles. Barlow herself had full control of the arrangements, and assembled an A- team of top local players to work with. The lineup includes her regular band of guitarist Reg Schwager, bassist Ross MacIntyre, saxophonist Kelly Jefferson and drummer Davide Direnzo, as well as a number of other all-star musicians recruited for the sessions.

The high caliber of musicianship is fully captured on this warm and often musically witty album. Barlow can move from playful Sunshine Superman to poignant Will You (Still) Love Me Tomorrow and Until It’s Time For You To Go with graceful ease, thanks to a voice that convincingly portrays the whole gamut of emotions.

“By recasting these gems in different musical settings, the listener will get to see them in a new light,” says Barlow. And her well-developed skills as an arranger certainly showcase this notion. Her inventive blend of The Beat Goes On and Quincy Jones’ Soul Bossa Nova, is a prime example of how Barlow can take an infectious tune, have fun with it and make it her own.

Another song given a radical facelift is Bob Dylan’s Don’t Think Twice, It’s Alright. “Dylan gives you a clean slate, as his version was just voice and guitar,” says Barlow. “We took liberties with the melody on that one, adding a Latin groove that took it to a different place.” Sweet guitar, melodic horns and gentle scatting are featured on a version that will seduce even hardcore Dylanophiles.

It is this kind of musical imagination that sets Barlow apart from her female jazz singer peers. The potent combination of well-honed vocal and musical chops and a charming stage presence has earned Emilie-Claire Barlow two Juno nominations and a sizeable and loyal following in Canada.

Says Barlow, “This record is a direct reflection of where I am in my life, personally and musically. What people see is really me.” For Emilie-Claire Barlow, the beat goes on, and we’re the lucky recipients.