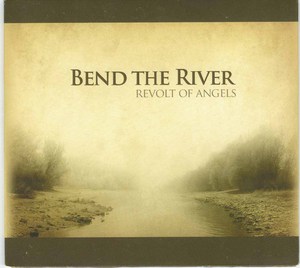 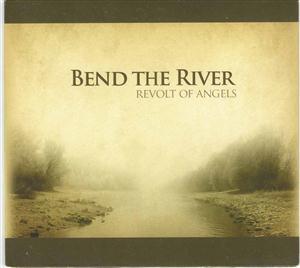 From the jazzy opening bars of "The Want" to the pleading moans that end "She Keeps it Hanging On", Bend the River have on their first recording captured something that is at once haunting and unusual and at the same time familiar and inviting. A collection of songs ranging from pure country infused nostalgia (One of the Days) to thundering surrealist indie rock (The Arrival) with some very catchy rock and roll (Across the River) simmering to the surface throughout. It is an album that explores and draws on a musical narative just outside most music of the day - a style rooted more in vinyl, folk music, and the early twentieth century waltzes and jazz influenced sounds of that era's underground. It is a record that contemplates transformation, change, and a relationship with the past that echoes both musically and lyrically throughout.

Bend the River began in a wood-stove heated basement recording studio on one of the highest points in Halifax, Nova Scotia. The basement afforded one window so the two men looked inward – redrawing musical lines and reinventing shared musical roots. Ronok Sarkar and RJ Donovan spent the winter of 2006 developing songs and music - forming the basis of the material to come. Double and electric bassist, Adam Fine, was initially recruited to help with arrangements and later to keep time with former band mate RJ. “Adam was my immediate first choice,” says RJ. “We played together in the past and I knew he had the head for what we wanted to do.” Sarkar was responsible for the majority of the writing and most was developed on piano. With RJ on drums, Adam on bass, Ronok picked up the guitar and the nucleus was created. “One thing we knew from the start - we really wanted to underline our sound with rolling keys, pianos, and organs” Ronok remembers. It was Adam who recommended keyboardist Matt Myer to fill the void felt in the music. “Matt fit instantly,” claims Ronok. “His approach was different than mine. It had a dramatic, old world, almost operatic feel.” Jonathan Andrews finished the ensemble with electric guitar reminiscent of early Rod Stewart – his guitar and tone adding just the right accents.

The bulk of Bend the River’s first recording was made by the band over two afternoons at Ginger’s tavern. “We had a couple of hours each afternoon before the bar opened to get it done. Surprisingly, we did. We only had to overdub some vocals and percussion. It was lucky,” says RJ.

Bend the River are: