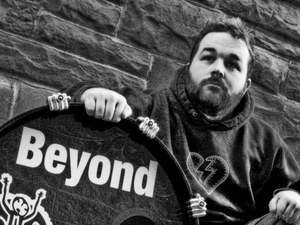 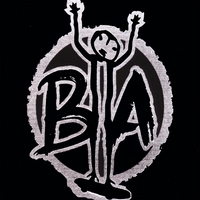 One of the best bands to come out of Pictou County, Nova Scotia is the rock band Beyond Ash. Formed in 2000, this popular quartet has an impressive and growing fan base. The highly talented band consists of Ashley George, vocals & rhythm guitar; Jody Turner, lead guitar; Joel Boyce, bass guitar, and Steve Keough on drums. Their gritty and infectious, aggressive rock sound, along with clever melodies, has clearly made them a favourite on radio and live performances across Canada. With 3 albums to their name, their debut release '4 Leaf Clover' sold out as fast as it was pressed. Their second release 'Wish' was a Maritime hit and gave Beyond Ash a name outside of the Maritimes. Having toured Canada, winning the Roseland Battle of the Bands, releasing a video for the single 'Wish', and participating in the New York International Music Festival along with performing at the Molson Extreme Musicfest for 2 consecutive years, Beyond Ash have made their mark in the Canadian music scene.

This, the self titled third release from the band, was recorded at Wee House of Music and produced by Kris MacFarlane, drummer for Great Big Sea. Beyond Ash is proud to have shared the stage with groups such as The Trews, Dr. Hook, Crush, Trooper, Nazareth, WinterSleep, Joel Plaskett and Honeymoon Suite, to name a few. They have showcased at the East Coast Music Awards and placed second in a Canada Wide Battle of the Bands with Bodog Music. Their original song 'Never Let Go' was used in the film 'Waking Dead', and the song entitled 'Impossible' was used in a skateboard TV show 'Under Attack'. Their music is currently featured on Gibson Whiskey's webpage and the band is endorsed through Gibson Guitars. Their musical efforts have certainly paid off with their unique, live performances.