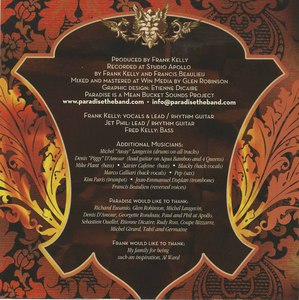 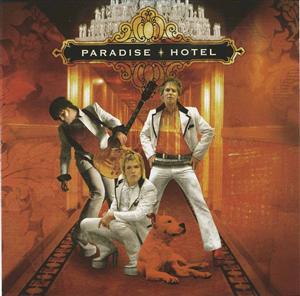 Paradise are a metal rock band from Montreal, Quebec. Mixed and mastered by Glen Robinson, this, their second album, was released in limited quantities, privately in the winter of 2005. It is now out of print and tough to find. The band is making this album available for the first time as a digital download.

"During the sessions in the summer of 2004, the band were blessed with the inspirationnal collaboration of Voivod's guitar pioneer, the late but great Denis "Piggy" D'Amour who left his stamp on a couple of titles before losing his battle to illness in august of 2005."

Paradise are currently back in the studio working on a follow-up to be released this fall.