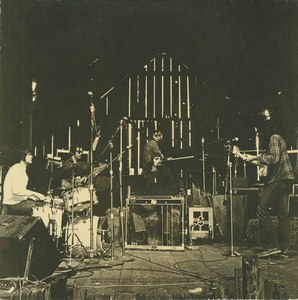 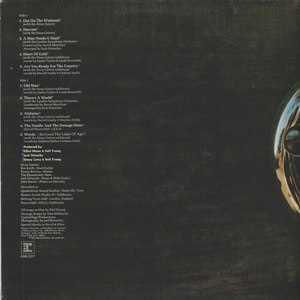 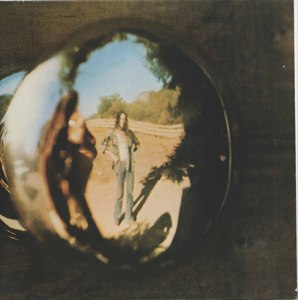 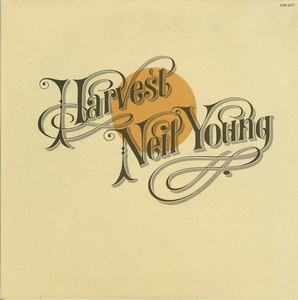 Neil Young’s classic album Harvest from 1972 was a bestseller, which earned platinum discs on both sides of the Atlantic and yielded Young’s only No. 1 hit, Heart of Gold.

Neil Young’s classic album Harvest from 1972 begins with the Canadian singer-songwriter in a frowning but melodic mood. “See the lonely boy out on the weekend,” he croons early in the album’s 37 minutes and 10 seconds, “trying to make it pay.”

His somberness paid well. The country-tinged Harvest was a bestseller, which earned platinum discs on both sides of the Atlantic and yielded Young’s only No. 1 hit, Heart of Gold. Fifty years later, a new box set gathers the original recordings with studio outtakes; an unreleased 1971 BBC solo performance on CD, DVD and vinyl; and the two-hour Harvest Time documentary filmed in 1971, which also hits theatres for limited screenings in early December.

It is a celebration to be sure, but what exactly is being applauded?

Harvest is both beloved and beleaguered – even Young’s own relationship with the album is complicated. Heart of Gold in particular put him uncomfortably in the middle of the road musically. “Travelling there soon became a bore so I headed for the ditch,” he would later explain. “A rougher ride but I met more interesting people there.”

Young’s off-road music, specifically the post-Harvest “ditch trilogy” of Time Fades Away, On the Beach and Tonight’s the Night, gets universal kudos from the critics. Conversely, the radio-friendly Harvest was poorly received in some quarters initially. Rolling Stone in particular was unimpressed with Young’s move from rock ‘n’ roll troubadour to Harvest’s twangy SoCal stoner. Lyrics, wrote the magazine’s John Mendelsohn, were marked by an “extremely low incidence of inspiration and high incidence of rhyme-scheme-forced silliness.”

Maybe Mendelsohn had a point. But if rhyming “lonely boy” with “can’t relate to joy” is silliness, sign me up for the malarkey.

Harvest should be seen as a portrait of young artist who was willing to express fear and vulnerability with distinctively flat vocals and in accessible song forms. Though Young is not often lumped into the sensitive-singer/songwriter movement of the 1970s, parts of Harvest represent the greatest moments of the genre at the time. James Taylor and Janis Ian had no monopoly on mellow, heart-felt introspection.

Some of Harvest was written when Young was in emotional and physical discomfort. He was recently divorced and suffering from a debilitating back condition, which hospitalized him and required a restrictive brace. Criticized for the apparent male chauvinism of the cinematic album centrepiece A Man Needs a Maid, Young later explained that he literally needed someone to pick up after him: “I found myself not being able to move around too much, in bed a lot, and my mind started wondering.”

If Young needed a maid, he also needed a nurse, a lover, maybe even his mother – this was an isolated young man wrestling with a new level of fame. “My life is changing in so many ways,” he confessed on A Man Needs a Maid, “I don’t know who to trust anymore.”

On a 1971 solo tour that previewed some of the Harvest material, Young presented as callow, lovelorn, fragile and poignantly underfed. “Put a cloud on my single-mindedness, dream of sweet caress from you,” he sang on the Harvest outtake Bad Fog of Loneliness, which was later included on Live at Massey Hall 1971.

In need of a caretaker, Young found had someone in mind: the Hollywood actress Carrie Snodgress.

The musician was inspired to write A Man Needs a Maid after seeing her for the first time in the 1970 film Diary of a Mad Housewife: “I fell in love with the actress, she was playing a part that I could understand.”

The feelings turned out to be mutual. In the first half of the 1970s, Snodgress and Young were involved in heavy relationship, which produced a son. “My [career] choice was being an actress or a nurse, so Neil was right up my alley,” Snodgress once said. “I just got to nurse the hell out of him.”

Harvest finds Young searching for that heart of gold. His harmonica notes are worried sighs; vocals are more tremulous than ever. On Old Man, he lives alone in a paradise “that makes me think of two.”

Though the album’s dreamy, waltzing title track defies easy interpretation, the song seems to be relationship-based. Elsewhere, Young shows compassion for a friend: The Needle and the Damage Done (recorded at Royce Hall in Los Angeles) is a lament for guitarist Danny Whitten, who struggled with heroin addiction.

The album is not perfect. The use of the London Symphony Orchestra (with arrangements by album co-producer Jack Nitzsche) clashes with the southern-fried backing band the Stray Gators. The civil-rights song Alabama is a retread of 1970′s Southern Man.

Despite the flaws, critics eventually came around to Harvest’s side. Rolling Stone, in a sharp reversal of its original unreceptive review, now slots the record at No. 78 in its list of the all-time greatest albums. In Bob Mersereau’s book The Top 100 Canadian Albums, the very highest spot goes to Harvest.

Can an album mostly recorded in Nashville by a California-based artist and his American sidemen be all that Canadian? Certainly, there is nothing on the record as maple leafian as Young’s forlorn Helpless, an Ontario-based instant classic so wistful that moose, birds and even some Albertans still cry instantly upon hearing it.

Yet there is a particularly dour mien to Young on Harvest, which casts him as distinctly Canadian. Take it from Linda Ronstadt, who added background vocals with James Taylor on Old Man and Heart of Gold. “I loved Neil’s singing,” she told Mojo magazine recently. “Almost a boy soprano, this strange Northern voice, like the sound of a loon.”

Young has described Harvest as a “mellow trip where my life was at the time, but only for a couple of months.” He seemingly revisited that brief period with 1992′s Harvest Moon and 2005′s Prairie Wind, both acoustic-based albums also recorded in Nashville. The latter record was inspired by the death of his father and made in just more than a week as Young faced surgery for his own brain aneurysm.

This was a songwriter once again expressing vulnerability in the way he knew best: by a hummable melody, in a quivering tenor and with raw introspection. Young may have met more interesting people in his ditch days, but we encounter the most compelling Young himself in the middle of the road.

Guitarist-producer Colin Linden was 11 years old when Harvest was released: “I bought the single Heart of Gold as soon as it came out. Every single thing about that song was so appealing. I bought the album within a month of its release at Toronto’s Fairview Mall. As is the case with all great albums, you have favourite songs that shift over time. My first favourite was The Needle and the Damage Done, which Neil had played on a number of television shows. It felt almost like a classical piece. It has a beautifully orchestrated guitar part and it’s a beautifully written song. It’s heartbreaking, and even as a little kid it struck me as such.”

ShoShona Kish of the Juno-winning duo Digging Roots sees Harvest as its own world: “It was part of the soundtrack of my life growing up, but it wasn’t until I was 13 or 14 that I began putting it on the record player myself. When I think of the late seventies and eighties, that time has a very particular colour palette on my memory. Neil was the artist who painted those colours. It wasn’t about the songs, it was about the feeling the album created. It’s Neil’s world. It comes with smells and visceral feelings – you’re captured in it. When I put it on now, it lets me re-enter that familiar world again.”

Songwriter-guitarist Kevin Breit and his band Sisters Euclid released an album of Young covers, Run Neil Run, in 2006: “I was 10 years old when Harvest came out. I hated it. I was already playing guitar and listening to Jimi Hendrix and Johnny Winter – big music. Harvest was not that. I grew up in Northern Ontario, where Old Man and A Man Needs a Maid were played all the time. Neil’s voice struck me as high and whiney. Later, when I was 15 or so, I was horrified that I had hated the album so much. But the hate was appropriate – when you’re 10, you love one thing. When you get older, you diversify, which I did. The song Harvest in particular was so heavy to me when I heard it later. Honestly, I’m still completely embarrassed by my original take.”

Singer-songwriter David Celia will play the complete Harvest at Toronto’s Cameron House on Dec. 8: “As a teenager, alone in my bedroom, one day I sang Heart of Gold. Most vocalists I knew were copying other singers and I was afraid it would happen to me until I sang that song. Neil’s voice is so his own that when I sang Heart of Gold I could only sing it in my own voice. Which, to me, was electrifying. Inspired, I ventured into the world of Harvest and could not stop singing and playing every song on that album for years. I still do from time to time. The diversity of genres and emotions on this record are so wide yet glued together by stark-naked honesty. The album helped further realize who I am as a person and a songwriter.”
Brad Wheeler, globeandmail, Nov 25, 2022