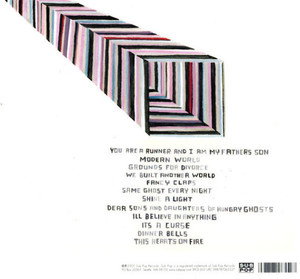 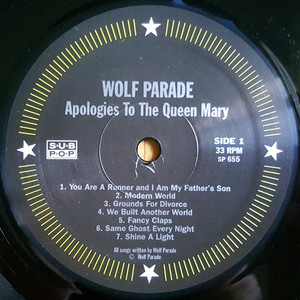 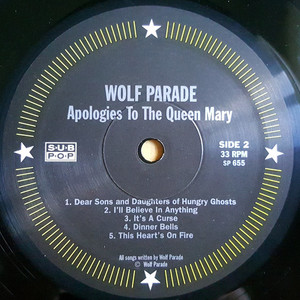 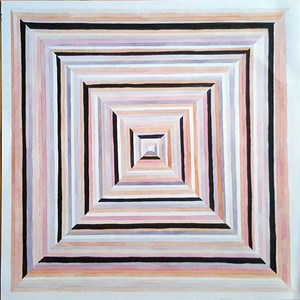 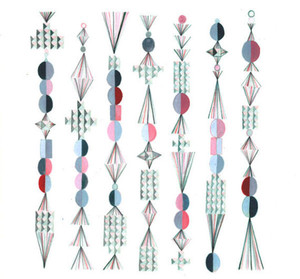 Apologies to the Queen Mary

Wolf Parade's success was kind of tied to the Arcade Fire's back in the day since they were both from Montréal, had shared members in the past, played shows together and were both socially conscious bands. Difference was Wolf Parade was weirder, more paranoid, druggier, definitely less accessible and a lot rougher. And for my money, they made the better album. Apologies... captures perfectly the feeling of the Bush era, of being overwhelmed by a world being increasingly dominated by technology and at a rapid rate; technology that could change our lives for better just as easily as infinitely worse, especially living under something like The Patriot Act. (Shudders). And yet the hope Wolf Parade offered, though meager, was made all the more precious by the apparent futility of everything, as presented in songs like "Shine A Light" and Spencer Krug's masterpiece, "I'll Believe In Anything". These days, socially conscious music seems to be something of a rarity - maybe everyone's just happy that Obama's in office, but go back to this album and just remember that the world isn't quite all peaches and cream even if the Bush-era is technically over.

Considering the amount of pre-release talk surrounding Apologies to the Queen Mary, it's inevitable that reviews of Wolf Parade's debut will contain bad wolf puns, Modest Mouse references (Isaac Brock recorded much of the album), riffs on Montreal's music scene by those who couldn't locate the city on a map, and namechecks of the quartet's pals, the Arcade Fire and Frog Eyes. Amid the noise, what Apologies might not receive is the close listening it deserves.

There's no question the lonesome crowded sound is here, but when Wolf Parade dig in and dust off their influences, the band rolls like a Ritalin-deprived power-Bowie or 70s Eno flexing piano-based hooks over Pixified rhythms. Component ingredients include electronics, keyboards, guitar, drums, and two spastically surging, forever tuneful vocalists (Dan Boeckner and Spencer Krug), but there are also surprises: A theremin cries in the slow-poke "Same Ghost Every Night"-- one of the longer tracks, it grows in pageantry as it swells to the six-minute mark-- and a spot of noise-guitar echoes throughout Krug's windy "Dinner Bells". And unlike most participants in indie rock's million-band march, Wolf Parade makes familiar elements mesh in special ways.

Groups like Neutral Milk Hotel and the Arcade Fire inspire listeners to both feel their music and listen closely to what's being said. Wolf Parade's Boeckner and Krug sing so energetically it can be difficult transcribing, but as lyrics reveal themselves on multiple listens, Apologies is populated by ghosts, crumbled brick, haunted technology, Marcel Dzama animals, fathers and mothers, off-kilter love songs, rusted gold, and endtime/brand new world scenarios that furnish the album's ornate instrumentation and clever arrangements with an inspired if elliptical story arc.

The album's roughly split between Boeckner and Krug, their tracks often alternating to a tee. But there is a non-cut/dry bleed between them, with both showing up on the same song, backing each other, screaming at the same time. I wouldn't want to inspire a quarterback controversy, but I tend to be a Krug man-- to my ear, he's the more intriguing lyricist, a Bowie-inflected guy tackling nonstandard song constructions. On the other hand, Boeckner is more traditionally palatable, which may make him the favorite by consensus: His work is often less unhinged or unpredictable, and this focus allows for some of the album's most immediate standouts.

Apologies starts with Krug's mousy "You Are a Runner and I Am My Father's Son"-- also included on the band's self-titled EP-- and Boeckner's "Modern World", but it really takes off with "Grounds for Divorce". Honing in on one of the album's main themes, the track finds a momentary beauty and romanticism within potentially alienating technology: "You said you hate the sound of the buses on the ground/ You said you hate the way they scrape their brakes all over town/ I said, 'Pretend it's whales, keeping their voices down.'" Spiraling behind Krug's vocals, Boeckner mingles his guitar splashes with textured keys and a distant shout of affirmation.

Boeckner's best are the anthemic "Shine a Light" and his lovely, ragged closer, "This Heart's on Fire", which induces thoughts of the Boss in full grease-monkey Valentino mode. Krug's key tracks also come toward the album's end: the regal swagger of the Frog-Eyed "Dear Sons and Daughters of Hungry Ghosts"-- note its absolutely sublime vocal cadences and group hug-- and "I'll Believe in Anything", one of my favorite tunes of the year. (Diehards can scope out an eviscerated take on Krug's Sunset Rubdown album, but in either hip-shaking form it's unexpectedly moving.) Tangy video-game synth, half-Moon drums, and pretty guitar reps embrace a maniacally charming Krug come-on: "Give me your eyes, I need sunshine/ Your blood, your bones/ Your voice, and your ghost." Boeckner's guitar distorts, the keys trill, Krug somehow finds even more energy in his pocket, and the fucker continues for another two-and-a-half blissful minutes with a shopping list of promises of escape and hope that culminates with: "I'd take you where nobody knows you/ And nobody gives a damn either way."

On paper this all could sound average, but Wolf Parade's true talent is transforming the everyday into the unprecedented. Fittingly, then, the record isn't going to change the direction of modern music, but it will enrich small moments of your life-- lying in bed alone or with a loved one, the morning commute, the dancefloor, a house party.

If you can, block out the baggage of its built-in hype machine and take this stuff for what it is. I still remember the excitement felt when I first heard Modest Mouse more than a decade ago. At the time, my friend and I talked about how it sounded like this or like that or whatever, but beneath the snobbery and geeky influence-detecting, we were excited, and so obviously into what the band was doing. If given the chance, Wolf Parade should engender similar scenarios: In a few years, other folks will still remember where they were when they first heard Apologies to the Queen Mary.
-Brandon Stosuy, Pitchfork