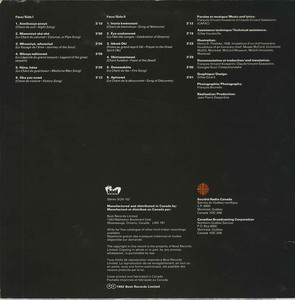 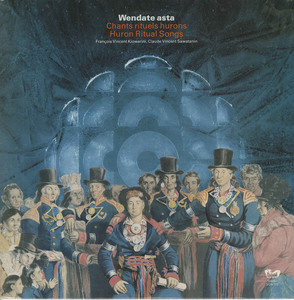 François Vincent Kiowarini (1944-2009), Kiowarini’s ancestor Grand Chief Nicolas Vincent (1771-1844) and the British-Huron Treaty. Kiowarini had unearthed the original document and brought it to the Supreme Court of Canada in a case that would make Canadian history. Henceforth, the Huron-Wendat nation will celebrate every Sept. 5 as Treaty Day in its honour.

The Council of the Huron-Wendat nation and the Vincent family, surrounded by special guests such as Gérard Deltell for the Coalition avenir Québec (CAQ), and members of the community, remembered the remarkable character and significant life work of François Vincent, who had chosen the name Kiowarini, meaning “one who sings the soul of his nation.”

“It is with sincere joy that I am here to commemorate and honour François Vincent Kiowarini, whose name will forever be inscribed in our history,” said Grand Chief Konrad Siouï, who highlighted François’ intelligence, wisdom and insightfulness.

An avid historian and researcher, Kiowarini discovered the authentic British-Huron Treaty document which was first called the Murray Treaty after the British General James Murray who had signed it. Kiowarini brought it to court for the Siouï case and, as a consequence, the document was declared a legal treaty by the Supreme Court of Canada on May 24, 1990.

“So from the depths of my heart, and in all of our names,” said Grand Chief Konrad Siouï, “I would like tell the Vincent family just how much François Vincent Kiowarini’s name, his heritage, his heart and his legacy to the nation mean to us all. It is most appropriate that we honour him here tonight.”

Siouï then explained more about the importance of the treaty. “The British-Huron Treaty happened right after the war with Britain, so it was very important that the Huron-Wendats make a treaty that would neutralize the Franco agreement. We needed an alliance. So our ancestors traveled to Longueil with wampum to represent the seven fires or nations and General James Murray signed it on Sept. 5, 1760.”

An artist and historian, Kiowarni devoted his life to honouring his ancestors and uncovering the history of his proud nation at a time when little had yet been said about history from the Native perspective. He researched his history and knew it by heart.

When he sang, he sang in Huron-Wendat as much as he could since his nation’s ancestral language had been replaced by French and very few people knew any words. Today, the Yawenda project is underway in partnership with Laval University to revive the language.

In his wisdom, Kiowarini, along with his artist brother Claude, made recordings to preserve the sound and songs of their people. In his later years, Kiowarini made great efforts, even while gravely ill, to record his work for the benefit of future generations. He had made a first vinyl record in the 1970's and by 2009, he had completed four CDs. One of his most significant compositions was “La Huronne” which has become the nation’s anthem.

To honour François Vincent Kiowarini, the Council of the Huron-Wendat nation has named the main exhibit room in the Musée Huron-Wendat in his name with a plaque that expresses his nation’s gratitude and acknowledgement for his work in preserving, honouring and advancing Huron-Wendat history.

“Kwé and thank you, François,” began the CAQ’s Gérard Deltell. “I am so pleased to be here and I remember Kiowarini. I grew up right near here and I watched him on TV all the time. I remember him singing that he was the ‘Huron Vagabond du village Huron.’ And when I was in my first year as a journalist, I worked with him to write about the Treaty that is now 252 years old! So it is a great honour and a great pleasure to be here at this important celebration.”

Deltell also pointed out how François had inspired his nation to be proud of its culture, to honour it and to know about its history.

“François also helped all Quebecers to better appreciate and understand the culture.” A cultural ambassador in his own right, François was invited to sing and speak at many cultural and historical gatherings such as the Great Peace celebrations in Montreal in 2001. He appeared in TV shows and in movies. His last was produced by Jean-Daniel Lafond in 2009 as a tribute documentary about Marie de l’Incarnation.

“Thank you Grand Chief on behalf of the Vincent family for honouring my brother who was bigger than life,” said Claude.

“François descended from a long line of illustrious ancestors who influenced Canadian history, including the Grand Chief Nicolas Vincent Tsawenhohi and tonight, two plaques will be unveiled: one to Nicolas Vincent and one to my brother. Nicolas Vincent’s commemorative plaque, which François had worked on, will be placed in the Tsawenhohi House where Nicolas once lived.”
François was also responsible for promoting the project to excavate and renovate the Tsawenhohi House. François loved history and music and performing. Later in the evening during the Gala Celebrations, the Vincent family accepted a prestigious plaque from the Council of the Huron-Wendat nation that honours Kiowarini whose legacy and name will now go down officially in history.
-ammsa.com