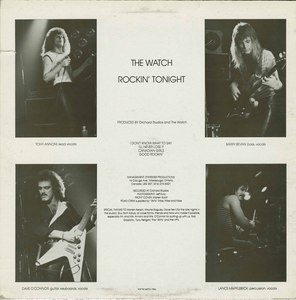 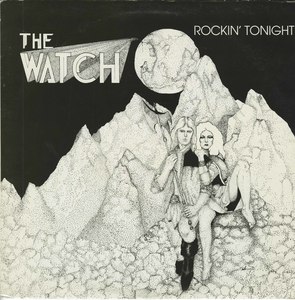 The Watch were a band based out of Cochrane, Ontario formed mostly from the ashes of the Guelph heavy metal band, Toyz, which had formed in 1979. This is their first record, but their first recordings were for the Q107 Homegrown albums - they were selected to record and laid down a few tracks, but the following day, Q107 retracted the offer - probably not commercial enough to make the final cut.

Barry Bevan continues to be an active bass player in Cambridge, Ontario and plays with Sapphire City.

"There are many new wave bands -agents are pushing this change. But only a few heavy metal bands can ride it (the new wave trend) out - they will come back on top and we'll make it" -Bill Henry (Toyz' roadman and sound technician).