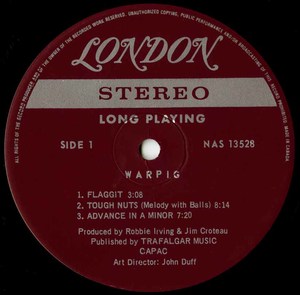 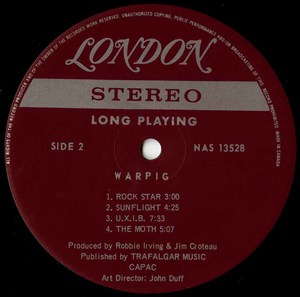 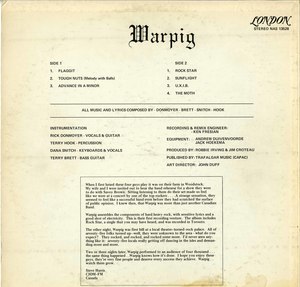 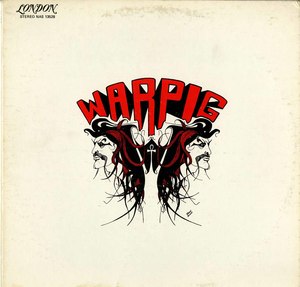 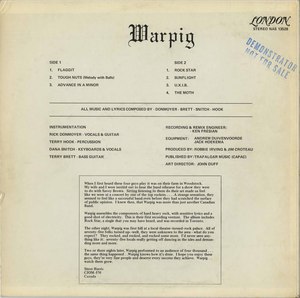 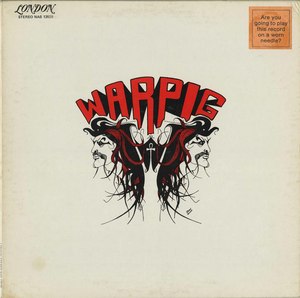 Warpig formed in Woodstock, Ontario in 1970.

All Songs Published By April-Robin Music

This album was recorded in Toronto and issued originally in 1971 on Fonthill F 103 with a gatefold. Warpig re-mastered their original album and it was re-issued in 1973 in both stereo and mono version on London NAS 13528 with different versions of Rock Star and Flaggit and a different cover. Those two re-mastered tracks were also released as singles on London M 17452 and charted on RPM Top 100 in 1973.