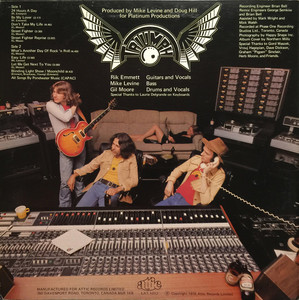 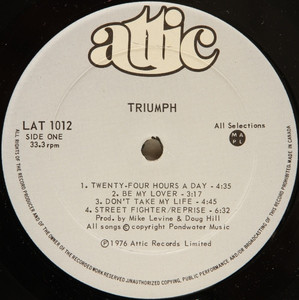 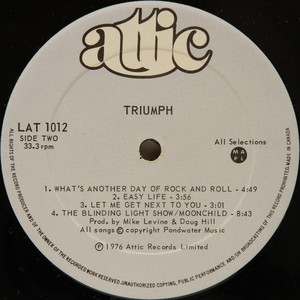 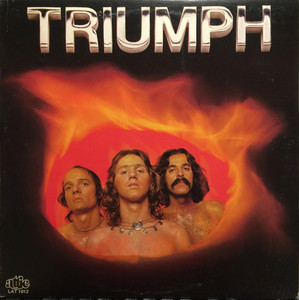 Triumph is the debut studio album by Canadian hard rock band Triumph, released in 1976. The album was remastered and re-released with a new cover and name in 1995 called In the Beginning (then remastered again in 2005).

One of Triumph's most distinct records, this eponymous, Canada-only release kicks off with a Kiss-worthy party song in "24 Hours a Day" before settling down to more recognizable Triumph ingredients, including semi-prog excursions ("Blinding Light Show/Moonchild") and bluesy hard rockers ("Don't Take My Life," "Be My Lover"). But the most interesting distinction about ‘Triumph’ (later reissued as ‘In the Beginning’) is the growl in Rik Emmett’s typically sweet falsetto (see "Let Me Get Next to You"). And "Street Fighter" may be Triumph’s heaviest song ever.