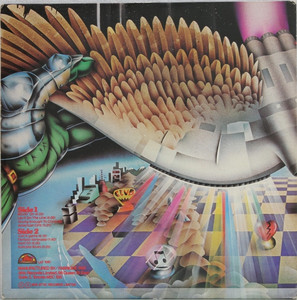 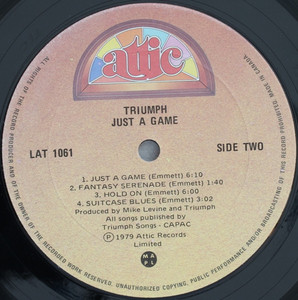 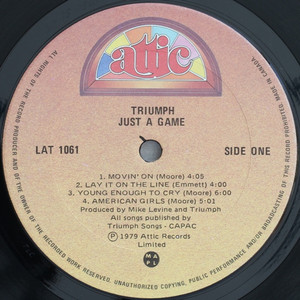 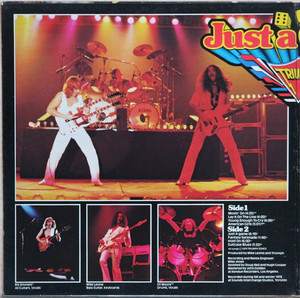 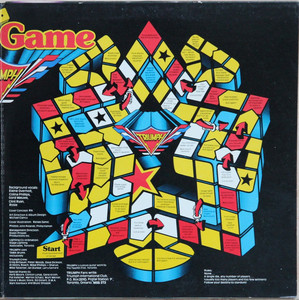 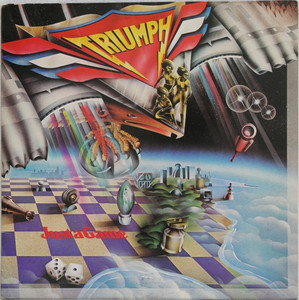 Just a Game is the third studio album by Canadian hard rock band Triumph, released in 1979. The album contains one of Triumph's most popular songs on FM album-oriented radio, "Lay it on the Line", and the Top 40 hit "Hold On", which peaked at No. 38 on the Billboard Hot 100 and at No. 33 in Canada.

The vinyl LP version of the album featured a sleeve that folded open to reveal a board game (though later pressings just contained a regular vinyl sleeve without this). According to a Rockline interview, the board game was Rik Emmett's idea, but Mike Levine was the one who actually designed it and decided to make it impossible to win.

The front cover of the album revealed a futuristic world where every symbol depicts a song featured on the album.

Probably the archetypal Triumph LP, 'Just a Game' crystallized the band's dual-threat approach as “proggies who rock real hard” on eclectic cuts like the testosterone-simple "American Girls," the grinding blues of "Young Enough to Cry" and the majestic (even philosophic!) title track. Even better, both the fist-pumping and irresistible "Lay It on the Line" and acoustic guitar-laced "Hold On" became hits, grazing the Top 40 and helping to push ‘Just a Game’ beyond the platinum sales mark for the first in Triumph’s career.