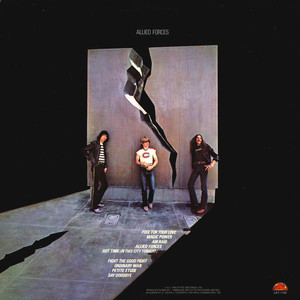 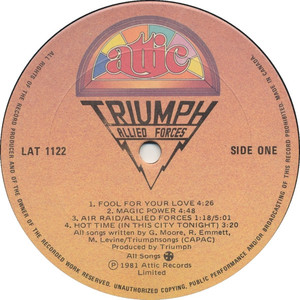 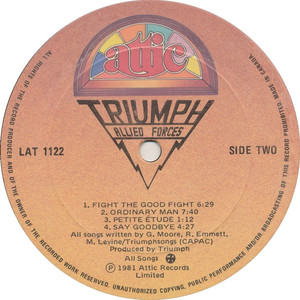 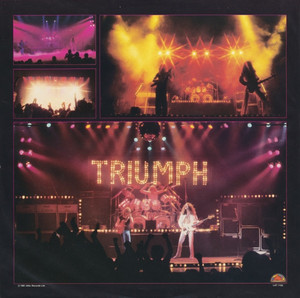 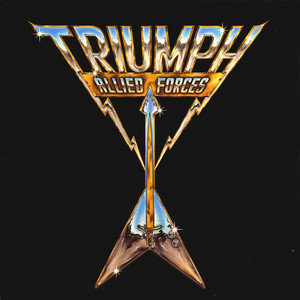 Allied Forces is the fifth studio album by Canadian hard rock band Triumph, released in 1981. The album reached #23 on the Billboard Pop Albums chart assisted by the singles "Magic Power" and "Fight the Good Fight," which hit #8 and #18, respectively, on the Mainstream Rock chart of 1981. The title song was the first single from the album which was released a month before the album came out. A remastered CD was first released in 1985 on MCA, then again in 1995 on the band's TRC label, and for a third time in 2004 on the band's label TML Entertainment (formerly TRC Records). It is considered their signature record.

Triumph's most cohesive album was also their most collaborative, with all three members focused on rebounding from the minor misstep of ‘Progressions of Power’ to recover their building career momentum. ‘Allied Forces’ surges ahead with the title track's take-no-prisoners assault, the heroic bombast of "Fight the Good Fight" and a tribute to music appreciation for the ages in the rousing "Magic Power." Rounding out the set, sturdy rockers like "Fool for Your Love," "Ordinary Man" and "Say Goodbye" helped make ‘Allied Forces’ Triumph’s greatest (sorry) triumph.