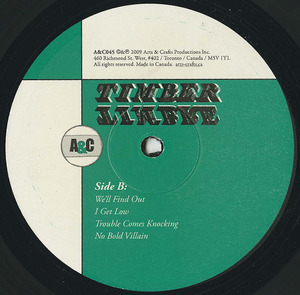 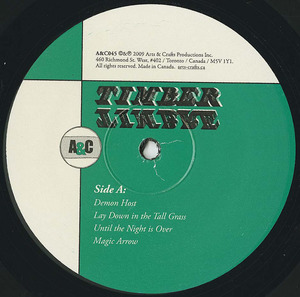 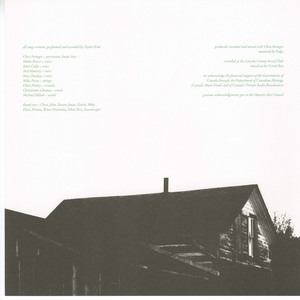 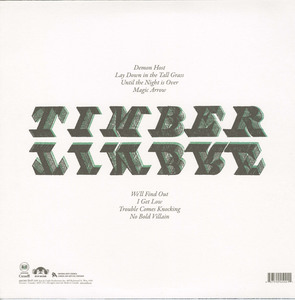 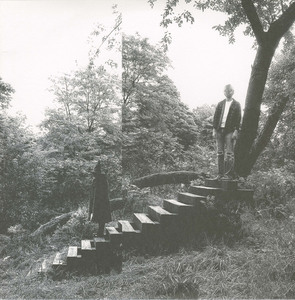 It begins with 'Demon Host', which ticks steadily on its steel strings, the sound of a grandfather's ghost trapped within a grandfather clock; fleeting and faint come the organs, slow and chilling the choir, and Timber Timbre has made another of those rare specimens of the Perfect Song.

This is followed by spooky blues, woebegone country and harmonies out of nineteen-seventy-x, all in that voice like Devendra B, but made of leather and filled with water. The spookiness — or "gothic rockabilly blues", as self-described — is the clearest motif: 'Trouble Comes Knocking', for example, is a straightforward two-chorder, but garnished with nauseous, shallow-breath harmonica and discordant fiddles full of headaches. There's a return to sunny leisure, this time with some honky-tonk twinkles; then it's over, all 36 minutes of it. The songs are slow but the overall effect is a blink.

It's hard to know what to do with such a compact little chunk of music. Presumably, when an artist's third album is their self-titled baby, one takes this as the mission statement, the steaming wax-stamped document of what songwriter Taylor Kirk is all about — and all I can really unfold beneath that stamp is that certain ghostliness which he has kneaded into regular folk rock sounds. Taken as an EP (a very extended play) it would be a special thing indeed, just to have all those other songs frame that gorgeous first, embellish it by contrast; but as an album, it is somehow less than this.

As with the songs of that similar artisan of the ghostly, Natasha Khan, it is good, yes; it is demonstrative of a certain technique. But, as with Khan's, not enough of these songs have any kind of punch or pull. Khaaan! Mistress of my disappointment! But then, the lady of the Lashes is found a long way from the woods of Kirk's Canada (Kiiirk!) and cannot be blamed for everything. Perhaps said surrounding woods are the problem, both the literal and the great looming trunks of Win and Regine and Godspeed You! Black Emperor and the lot of them — all that could easily fool a gifted young Canuck into thinking he's absorbed all the ambient beauty. But, pretty a thing as Timber Timbre is, it does seem to ache for something more.
-Meryl Trussler

Timber Timbre is a stunning record that captures the listener’s attention with what is there as much as what is not. The sum of the parts, however, is something grounded in a strange place where genre descriptions like blues, country, and folk intersect becoming secondary to the precision of the moods being conjured.

Over the course of three records, (2006's Cedar Shakes, 2007's Medicinals and 2009's Timber Timbre) Timber Timbre (a.k.a. Taylor Kirk) has gained a loyal following. Spellbinding performances opening for noted Toronto musicians such as Ohbijou and Bruce Peninsula have earned Kirk devoted fans. The years have also marked a rapid progression from dusty, low-fi bedroom blues to the sophisticated, cinematic studio work. Recording for the new album began in the summer of 2008 at Kirk's home studio, putting the finishing touches on the record at the Lincoln County Social Club with producer Chris Stringer (The D'Urbervilles, Ohbijou, Rush, David Wilcox).