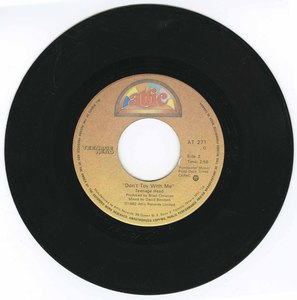 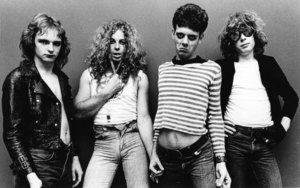 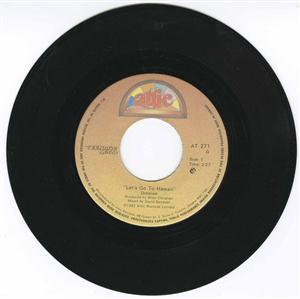 "Originally from Hamilton, Ontario, the band took its namesake from a Flaming Groovies song title. The self-proclaimed kings of teenage beer drinking parties, TEENAGE HEAD, maintain a reputation as one of Canada's greatest live bands who just couldn't get their energy to translate onto record.

Their self-titled debut, which was poorly recorded, distributed and released by InterGlobe Music, failed to stir any attention and the record company soon folded. But the band's frenetic live shows, which drew capacity crowds everywhere they played, and the moderate radio exposure of two singles "Top Down" and "Picture My Face", raised eyebrows at Attic Records.

Their third album, and second for Attic, was a repeat of their patented 2 minute George Thorogood-On-Speed vendettas called 'Some Kinda Fun' which extended the plethora of puking and passing out tunes such as "Let's Go To Fucking Hawaii" and "Teenage Beer Drinking Party".

Head fever was so intense in Toronto that a group of pre-pubescent musicians released several singles in the Head style and a tribute album of TEENAGE HEAD material called 'Teenage Kicks' (they would later go on to record again with Stacy Heydon as Dragonspell).

A riot in the summer of 1981 during their performance at Toronto's Ontario Place Forum made front page news across the country and prompted Ontario Place management to ban 'rock acts' permanently. Following this incident, guitarist Gord Lewis was seriously injured in a car accident and David Bendeth took over guitar duties.

The industry pricked up its ears once more thinking they'd missed an untapped market -- unbridled teenage angst. MCA picked up their option and attempted to market the band as a nifty College pub-rock act and had the band water down their next record -- a 5 song EP called 'Tornado' --with rockabilly jangly guitar ditties produced by Bendeth. To really put the band in its place, the US arm of MCA refused to release the record unless the band changed its name from Heads to Head so as to not offend Tipper Gores PMRC minions.

A live album, 'Endless Party' was released in 1984 on Ready Records but the band could no longer get arrested. Frankie Venom had started living the party life of all his songs and was quickly replaced by Dave "Rave" Desroches (The Shakers), an old friend from Hamilton. The band would record several albums with Dave 'Rave' Desroches (ex-Shakers) before he split for his own successful solo career with The Dave Rave Conspiracy.

A version of TEENAGE HEAD has continued on to this day with various personnel, including Mark Lockerbie on drums, during the absence of Stipanitz during their late '80's/early '90's period."