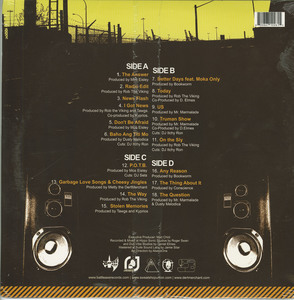 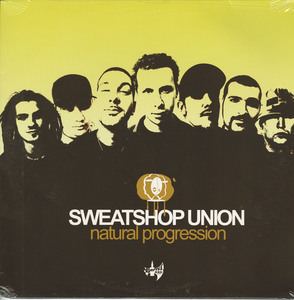 Sweatshop Union's second album is aptly titled, with an album that builds from the same space as their debut album but does it all so much better. And with a very earthy, organic feel. They retain the need to rap with a message; amongst the pleas for individuality and creativity, they call for the people to take responsibility for their tax dollars that are being spent on military defence ("US"). Of the group's seven members, Kyprios stands out the most on the group tracks and with his two solos: the jazzy-blues of "I Got News," which paraphrases Black Sheep for the chorus, and less so with his Everlast cast-off, "Stolen Memories." Sweatshop's Mos Eisley, Mr. Marmalade, Dusty Melodica and Metty the DertMerchant contribute chill beats that are influenced by everything from reggae to blues to rock and so on; and label-mate Bookworm of the Oddities adds a standout with some smooth, psychedelic guitar for "Any Reason." But, it's a couple by Rob the Viking that might get them the most attention. Along with "I Got News," which was produced along with Tawgs and Kyprios, is "Radio Edit," the Sweatshop Union anthem for the radio, with sarcastic radio edits and an Eminem feel to the track. There are not many obvious hits on Natural Progression, but it's a solid front-to-back listen.
-Thomas Quinlan, exclaim.ca, Apr 01, 2004