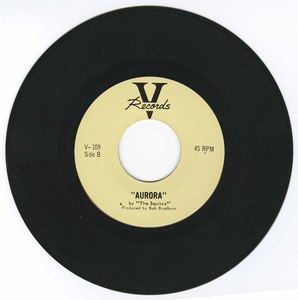 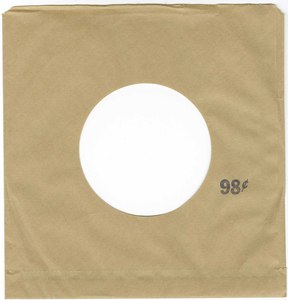 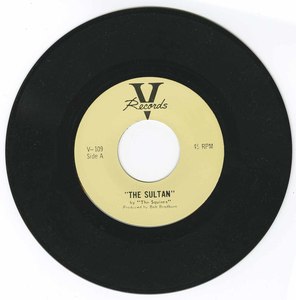 The legendary first Canadian only 45 by Neil Youngs 1st band, Neil and the Squires. These instrumentals were recorded on July 23, 1963 at radio station CKRC Studios in Winnipeg as two-track recordings, and the single was only released locally later in November, 1963. The master tapes are, apparently, lost forever. The versions that appeared on The Neil Young Archives box set were taped from a copy of the single and cleaned up.

These were the only two songs that the Squires had ever released. They did record later in Thunder Bay (then Fort William), but those songs (I'll Love you Forever", "I Wonder" (an early version of Zuma's "Don't Cry No Tears"), and "Together Alone") never saw the light of day until The Archives was released.

"It was my first recording session and I was just glad to be there for the experience, but I was still searching for the right sound."

"I started off writing instrumentals. Words came much later. My idol at the time was Hank B. Marvin, Cliff Richard's guitar player in the Shadows. He was the hero of all the guitar players around Winnipeg at the time."

It has been written that fewer than 300 copies were ever pressed and that these were sold only at shows in Winnipeg in 1963. We purchased a VG copy of the single for $4,000.00 in February, 2008. However, recently, George, a record picker in Chicago, found three pristine copies for sale at a resale/thrift store in the Chicago area, along with several stacks of the "V" 7-inch 45rpm polka records. Needless to say, George bought them all for $10.00 and subsequently auctioned three off on ebay for around $1,000.00 a piece. How they found their way to the Chicago area remains a mystery.

Here, we are listening to the vg copy. The scans are from a nm copy.