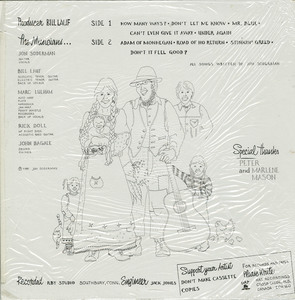 Jon Soderman - Under Again BACK 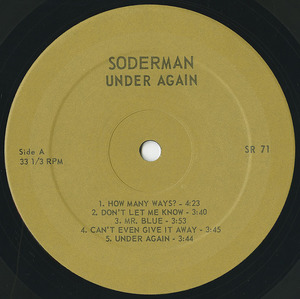 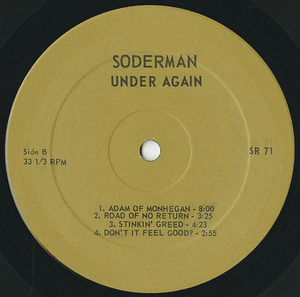 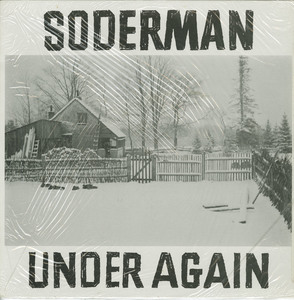 Jon Soderman is certainly a gifted man of many talents. Not only is he the singer, songwriter and guitarist for his own band, aptly named The Soderman Band, but he is also regarded as one of a select few top notch guitar craftsmen in Atlantic Canada.

Born in Poughkeepsie, New York, Jon came to Canada in 1972 to avoid the Military Draft and being shipped off to Vietnam. He originally intended to head to British Columbia, but heard about a commune of hippies who were living in a rural area of New Brunswick called Cross Creek. After deciding to head up to the province for further inspection, he discovered land was quite cheap, so Jon ended up settling here and has called the area home ever since.

Jon is a very intelligent, down to earth person. For a man who has spent many years building guitars, he remains humble in the face of the instrument and of the process of being a writer and performer. Jon initially began building guitars during the first winter he spent in Canada and is totally self taught. "I knew I was coming to Canada and knew I was going to go back to the land," he says. "I wanted to have some sort of craft that I could work at and possibly make a living at. I was already playing the guitar so I just picked up a book in the Whole Earth catalogue on guitar making and went, Wow.

I didn't know if I could build a guitar or not. I already had a bit of experience with wood so it was right up my alley". He uses primarily all hand tools to build his instruments. Prior to 1987 Jon did not even have electricity. "I prefer the hand tools" says Jon, "especially the antique ones, they seem designed with more emphasis on craftsmanship". Jon can spend upwards of 130 or more hours on each guitar. He admits his eyesight is not as good as it used to be but still manages to construct three or four instruments a year. Jon puts a lot of detail and craftsmanship into his instruments. He sold his latest guitar to Thom Swift of the local blues band Hot Toddy, but admits there is not a big demand for hand made instruments in this area. He primarily makes his living from his saw mill which also supplies him with plenty of wood for his craft. When it comes to the subject of wood Jon's knowledge of this topic is extensive, telling me a of a piece of wild Jamaican dogwood over 100 years old he recently got in Florida.

As much as he enjoys this hobby, Jon says that music is his first love. His current group, The Soderman Band, has been together now going on three years and have built up a steady loyal following on the local music scene. They have appeared on TVNB's "Friday Night Rocks", a CD of that performance was released earlier this year, and also played outdoors at Officer's Square for Fredericton's Canada Day celebrations in 2000 and 2002.

The band has also performed at The Cellar Pub on the UNB campus and Rye's Deli amoung many other places. As for song writing, Jon says his inspirations come from different sources. "It's usually people oriented. Different things going on around you. Sometimes I'm involved and sometimes I'm not". At 53 years of age, Jon shows no signs of slowing down anytime soon and has no problem keeping up with his band members who are often less than half his age. "It's difficult to find people your own age that don't have obstacles and family commitments that can interfere with the group," says Jon. He recruits younger musicians who can meet the demands required, which often means performing late into the night in various clubs. To his younger fans, Jon is regarded as somewhat of an icon and perhaps even a folk hero. He also has no problem being called a hippie. "Ya I'm a hippie and proud of it", laughs Jon. Since he has been in Canada, Jon has enjoyed a simple way of life, living in the remote rural area of the province with his various animals, all the while enjoying a lifestyle where it appears time has pretty much stood still.