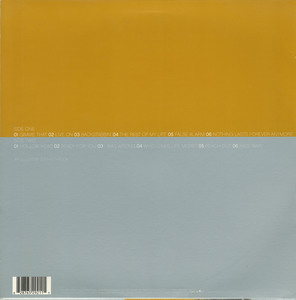 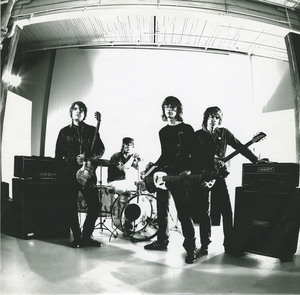 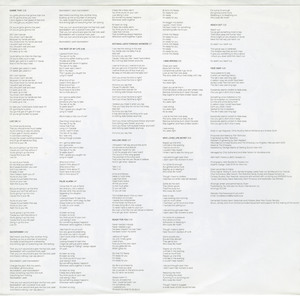 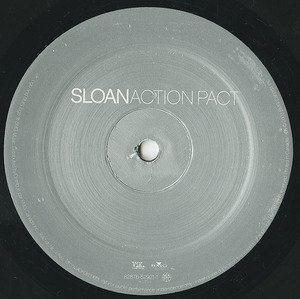 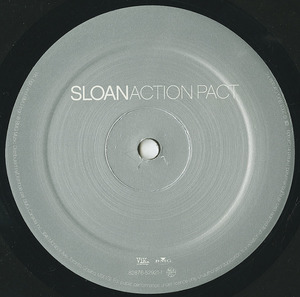 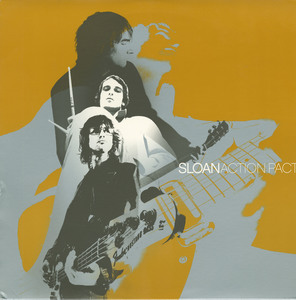 Sloan have been conquering power pop for over a decade now with an incalculable and possibly illicit debt to every great glam, punk, and hard rock band of the 1970s. The songs are irreproachably written and rhapsodically performed, and yet they remain incarcerated within the shackles of influence. It's not even as clear-cut as a derivative band churning out songs not up to par with the icons they emulate; on past albums, Sloan has written better songs than anything The Rolling Stones have put out in 20 years. It's nothing more nor less than comfort food: virile riffs, clunking drums, four-part harmonies, and disparate songs with lyrics that range from the exhaustive task of getting a girl to love you to the exhaustive task of getting a girl to love you for a slightly longer period of time. As anyone who's ever lived through a reality I like to call "perpetual pain and torture" knows, comfort food is often valuable, even necessary.

There are a lot of accolades to shower upon a band that masters such difficult terrain. Sloan has effectively perfected Pitchfork's "7.0" ranking starting with 1994's Twice Removed and continuing to the present. If one were grading the band's ability to sound like "7.0" rankings, they would receive a "10.0" with honors-- a quintessentially inessential band. They're always five or six feet from greatness, which is probably close enough for all but those with preternatural musicality or, alternatively, blindness.

Vastly unsurprisingly, Action Pact does nothing to develop or modify the plan of attack. There has been a proposition put forth for some years now that Sloan is gradually and achingly achieving some sort of mighty unity between their four members/songwriters, as if they were unwilling participants in some evil incantation. Allay your fears: They are here to kick out the jams, crush your square parents' scams, and get the hell out. Nothing more. Thus, the welcome and predictable opener, "Gimme That", is garage-pop that resists description because it has been described so many times before (in my first paragraph, for example).

Whether this album warrants purchase can be decided from the second song: The lyrics are, "You know you're wrong," the excess is converted into cowbell, and the guitar snaps into a deceptively simple circle that can accumulate a few brief moments of melancholy amidst the glee. For the most part, however, the riffs are addictively frivolous in the AC/DC/Aerosmith school of riffs with the laughable shuttle-launching production of prog (courtesy of Tom Rothrock). Of course, when combined with torrents of three chords and the occasional drop of angst, this bears the potential of a muddled, second-rate pop-punk with crestfallen teenage vocals that comes to full bloom on "Who Loves Life More?" And then, carrying on a 70s tradition that's gone from Bowie to Big Star, there has to be one slower, more melodic piece about silence and aging as a respite from the rest of the album's rock glory. "The Rest of My Life" fills this space admirably with its jangled, sing/speaking guitars and the "I started thinking 'bout the rest of my life" solemnity.

Sloan is not anyone's favorite band. It's doubtful Sloan's mom even places them in her Top 10. But there's simply no way to disrespect or disdain them. They're like the 2 Fast 2 Furious of pop. The car-crashing movie is about cars crashing and nothing else; the nostalgic jagged pop band, Sloan, is about nostalgic jagged pop and nothing else. They're a band with their heart worn on their sleeves. And even though that heart used to belong to a lot of celebrities from 1974, Sloan reminds us that stealing can be a badge of honor as well.
-pitchforK