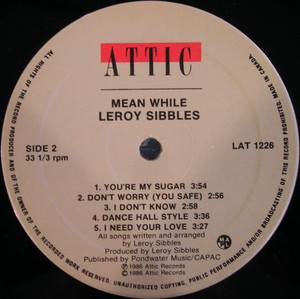 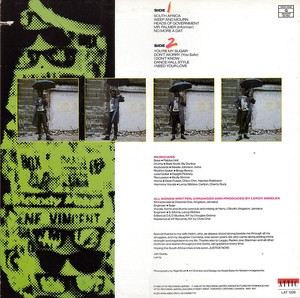 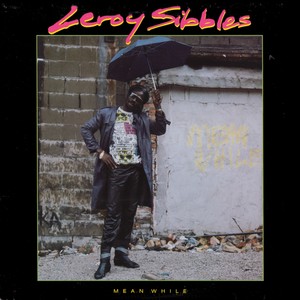 Sibbles also lived in Canada for a number of years in the 1980s. While in Canada, he won a U-Know Award for best male vocalist in 1983, and a Juno for best reggae album in 1987. He is responsible for many of the classic reggae basslines in addition to his great contribution to reggae music vocals.
Leroy Sibbles

Leroy Sibbles is one of the giants of reggae music. Rarely has there been an artist that has had such a huge impact on two fronts: first as a smooth and soulful lead singer of the Heptones, followed by an impressive solo career, and second, as one of the most influential bass players in the history of reggae music.

As a singer, Sibbles numerous hits are familiar to reggae fans everywhere. They include:

As a bass player at the seminal Studio One in Kingston Jamaica, Sibbles was one of the architects of some of the most memorable basslines in reggae. Many continue to be recycled today.

For example, Morgan Heritage scored a huge hit with “Down By The River,” a song that used the rhythm of the classic “What Kind of World.” Another is the original “Kutchie” which became a huge international pop hit for the British group Musical Youth. One of this writers all-time favorite tracks is Sattamassagana which has a baseline that is sublime.

As a studio musician Sibbles’ presence was felt on albums by Dennis Brown, John Holt and Alton Ellis — all significant musicians in their own right. Its no wonder then that he when he immigrated to Toronto, Canada in the 70s, he quickly became known as the “Godfather of Reggae” in this country, where he continued to pave the way, creating lifelong fans of reggae music. The famed Bamboo Club became the spot where many Torontonians fell in love to Sibbles’ sweet tenor over a wicked reggae beat.

The former JUNO award winner and multiple Canadian Reggae Music Award winner has won numerous other awards during his illustrious career. Perhaps the most significant is the Order Of Distinction (O.D.) he received from the Jamaican Government in 2002.