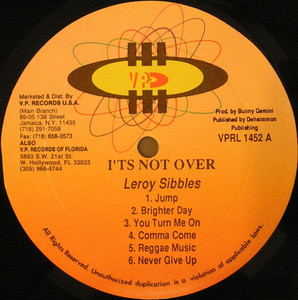 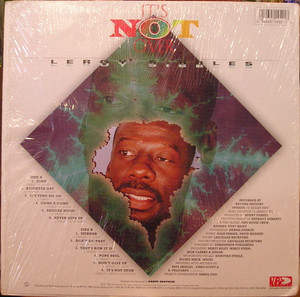 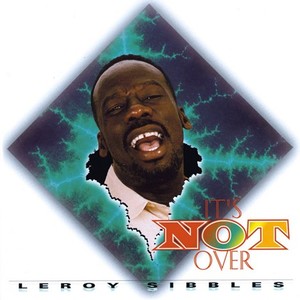 Through his work with the Heptones, and his stint as a session bass player for Clement "Coxsone" Dodd's Studio One in the late 1960s and early 1970s, Leroy Sibbles has been responsible for some of the most versioned rhythms in the history of Jamaican music. After leaving the Heptones in 1977 and relocating to Canada for some 20 years, Sibbles returned to Jamaica in 1994, even reuniting with the Heptones for 1999's Pressure! album. Just prior to that reunion, Sibbles recorded this interesting and unassuming set, revisiting several of his classic Studio One basslines with new lyrics and melodies. Backed by the Firehouse Crew and with Bunny Gemini in the producer's chair, Sibbles exhibits the same sort of easy charisma he always had in the Heptones, and it's easy to imagine songs like the lead track, "Jump," or the horn-fed "Come a Come" being covered by the group. "Pope Paul" is sung over the famous rhythm that Sibbles created for the Mighty Diamonds' "Pass the Kutchie" (made even more famous when it was covered by Musical Youth as "Pass the Dutchie"), while perhaps the best cut here, "That's How It Is," has an ever-shifting and imaginative backing track, part dub and part classic roots reggae. Fans of the Heptones will feel right at home with this disc, and by sticking to what he has always done, Sibbles provides ample proof that, indeed, even though a lot of time has passed, it's not over.