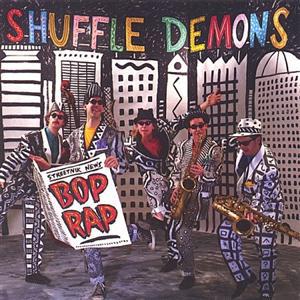 The Demons played 1000's of sold out shows in Canada, traversing the country no less than 15 times from 1986-1997, building up a solid fan base that to this day will never forget the music and the antics...stopping traffic with the famous 'Spadina Bus ' walk around, playing a Mingus tune and really meaning it, thrashing around the stage in crazy interpretive dance, delivering the classic poem 'What do you Want.

What I enjoyed the most about the Shuffle Demons was that each show was unique, and each fan and band member felt like they were part of something special. Our interactions with the crowd during our walk arounds and our no holds barred performances really captured the imagination of a whole generation of concert goers, and spawned many a jazz career.