Sebutones (aka Sixtoo, aka Vaughn Robert Squire and Buck 65) - 50/50 Where It Counts 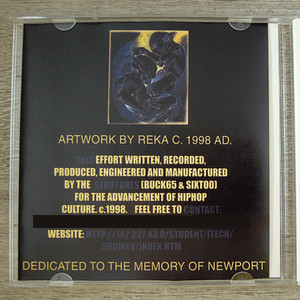 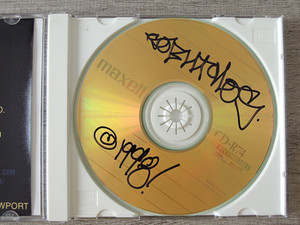 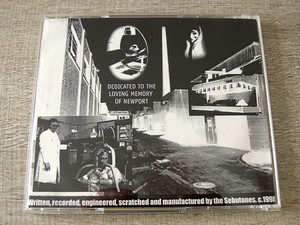 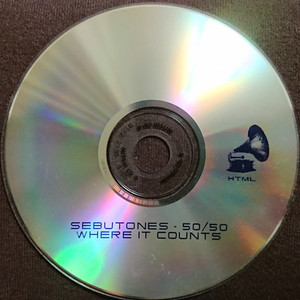 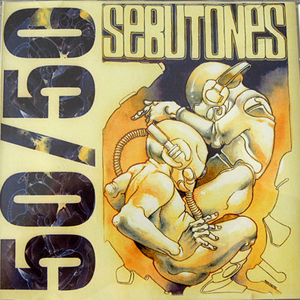 This album was an experiment in Dadaism, discomfort and voodoo.

It was recorded in a studio at the school Rob (Sixtoo) was attending at the time. Something was wrong with this studio. Everything sounded reasonably fine while we were in there recording, but once we took what we made outside, it was clear that the place was haunted. Not only were there all kinds of inexplicable sounds and voices on the record, it sounded like shit. Weird. When you play this record at volume ten, it still sounds very quiet. Not good.

Here we have a case of too much of a good thing. There's so much going on! Almost too many ideas. In fact, forget 'almost'. There are 100 ideas too many. It sounds like this record was made as if we thought there was going to be no tomorrow. I think that if we were more mellow people at this point in our lives, we might have made a great record. If we had've taken ten of the ideas we had and spent proper time with those, things might have worked out. Then we would have had enough stuff left over for three or four more records...

One might make the argument that this was weirdness for weirdness' sake. But this record was designed as a reaction to a movement that was stuck in the mud. This was an attempt at a coup. It was a quiet war. We wanted to push the limits of hip hop. I think we did that, but no one noticed or cared. But we were on the lunatic fringe - hip hop pariahs - and we knew it. I think we even relished it a little.

This record is freaky, uncomfortable and too long. It's unfocused. It's disturbing, which may or may not be a good thing. There are a lot of great ideas, but it's not the great record it could have been.