Sebastian, Ian - Rays of the Sun 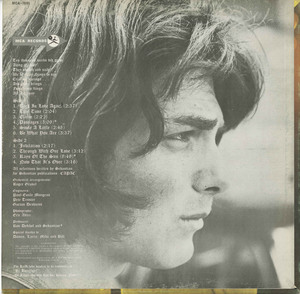 Ian Sebastian - Rays of the Sun BACK 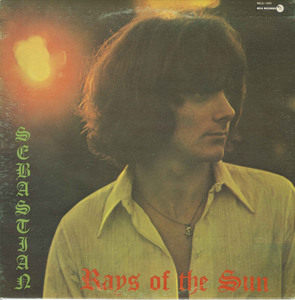 RAYS OF THE SUN: THE STORY OF IAN SEBASTIAN

Ian Sebastian was born in London, England on March 12, 1948. Ian was raised in a musical household and began learning to sing and play instruments at an early age. Spending his childhood in London, he and his family came to Canada in 1958 when he was 10 years old. They settled in Montreal where he quickly began to learn the guitar.

At age 12 in 1960, Ian formed his first band with some school friends. Ian didn't know it then, but the music world would change in a few short years, with the "British Invasion" of young rock bands.

As the British Invasion took hold of North America, many young bands changed their style or broke up altogether. Ian had cycled through a few groups by the time he was in high school, playing bass and singing.

In 1965 "The Westend 22" was formed. Joe Gray (aka Joe Grajcer) played guitar and wrote their songs, Larry Caine (aka Larry Cohen) also played guitar, Ian Russel (aka Ian Sebastian) played bass and sang, while Pete Russel played drums. They quickly became a popular band on the Montreal club circuit and would catch the attention of RCA in 1966.

RCA signed them to a deal that spring and they were sent into the studio to record a pair of crowd-pleasers from the band's live set. "The Joke's On You/You're No Longer Mine" was released in August, both sides written by guitarist Joe Grajcer back in 1965.

The single had minor local success in Montreal; also getting airplay in Ottawa and even Toronto. Unfortunately it was short-lived and after the initial hype, the band stagnated and quickly broke up. There was a French version recorded (perhaps to capitalize on the hype) using the same backing track, but a different singer. "Tu Souffriras/Tu Ne M'Aimes Pas" was released by the shadow band "Les Annonceurs" before the end of 1966; the single went nowhere.

After the demise of the band, Ian spent the next two years gigging solo (with brief stints in small local bands; namely Sea-Poop in 1968 and the St-Marc Street Band) under the name Sebastian, trying to find a record deal. In late 1968, he caught the attention of Canadian label APEX records; specifically A&R man Ron Dykhof (ex-lead singer of The Sceptres).

After signing a deal, he went into the studio to record two singles in French. This was part of the initial agreement with APEX as they felt it would be easier to break him as a solo artist in French. As part of this plan, he'd record these singles under the "Sabastien" name rather than his original stage name. "J'ai Peur (Dizzy)/Ce N'Est Pas Facile D'aimer (It Hurts To Be In Love)" was released in January 1969 to minor success. It was quickly followed up in February with "Helene/Un Petit Peu D'Amour (Little Loving Something)," which also had minor success. The A-Side was his first original composition recorded. This success allowed him to plan a small tour of Quebec and had APEX hungry to get him back into the studio.

When he came back from the tour he had a few new songs written, this time in English. APEX was initially reluctant, but this change was part of the deal they had signed; after those first two singles he didn't have to sing in French. Most controversial was switching the spelling of his name back to "Sebastian" for an English market. "Elaine/Now That It's Over" was released in late 1969 and received decent promotion from the label. It was well produced, mainly due to having the legendary Peter Tessier behind the board.

1970 was Ian's best year to date. The single was performing well allowing Sebastian another brief chance to tour, but not before releasing another single. “Back In Love Again/Smile A Little” was released in January and also had moderate success. He had a few more songs ready to record so he approached the label about doing an album. APEX due to his recent successes was more than happy to oblige. They wanted international distribution however; as Sebastian's successful transition to the English market had them hopeful of widespread success. They licensed the album to MCA for the release.

The album was recorded in the summer of 1970 and released in September. It featured songs exclusively written by Sebastian and showed the psychedelic influence he had picked up over the years. You can hear his want to be Donovan or Dylan tampered by his love of Cream and Hendrix. The album also featured the previously released "Elaine/Now That It's Over" and “Back In Love Again/Smile A Little,” no doubt an attempt to capitalize on the success of the single. Overall, it can be compared to the psych-folk efforts of fellow Quebec based singer-songwriter's Sam Lloyd and Roger Rodier's lone LP's; strong original material with outsider vibes; again aided by the fantastic production of Peter Tessier.

It performed fairly well upon its release October 1970, at least in terms of time and content, but was more or less forgotten about by 1971. Original copies of the album now go for 2-300$. Thankfully it’s since been reissued.

In the summer of 1970, Hair was casting for the Montreal adaptation of the musical. Sebastian’s brother informed him about this new development and encouraged him to try out. He was initially reluctant, but his brother was able to convince him to audition. Sebastian had acted before and his look was exactly what the casting directors were looking for. He was joined by a cast of fellow Montreal 60’s era counter-culture musicians and actors. François Guy (Les Sinners, La Révolution Française), Jay Boivin (Les Sinners), folk singer Erica Pomerance, Robert Ellis (The Medium), Sharon Lee Williams, Kenny Hamilton (The Persuaders), Richard Groulx (Les Saxons), Alma Brooks (future disco singer) among many others.

The production had about a month of nonstop success; continuing to sell out almost every night. They considered recording a cast album, but due to the bilingual split and the assertation that both languages are features on a singular album, it was canned.

Any continued success of the musical was stopped dead on October 16th when Prime Minister Trudeau made a broadcast announcing the imposition of the War Measures Act (for the first time in Canadian history during peacetime). Obviously these were extreme measures; limiting civil liberties and granting the police far-reaching powers, allowing them to arrest and detain 497 people in relation the the imposed measures.

What brought these conditions on is often referred to as “The October Crisis.” This refers to a chain of events that started in October 1970 when members of the Front de libération du Québec (FLQ) kidnapped the provincial Deputy Premier Pierre Laporte and British diplomat James Cross from his Montreal residence.

The return to normalcy was all but for Sebastian. He was without a job and his album was almost completely forgotten about at this time by the public. Thankfully, Sebastian’s prominent role in the Montreal production of Hair had netted him a few auditions. He was offered a role in a movie titled “The Fortune In Men’s Eyes” as well as being offered a role in a European production of Hair. Being comfortable with the role, he chose the latter.

After coming back to Montreal from Europe in late 1971, Sebastian recorded the one off “Money Money/Mr. Peabody” for Columbia records under his full name “Ian Sebastian” for the first time in his career. The single went nowhere and he made the decision to move to New Orleans in early 1972; where he stayed for three years. During his time there he’d have a chance to record, as well as perform at the New Orleans Jazz Heritage Festival as a performer, engineer and A&R man. His bilingualism came in handy while working here.

Upon returning to Montreal in 1975, Sebastian signed with WAM Records in Canada. His previous successes in the U.S. secured him a U.S. release on Polydor as well. The first release was “Gimme Gimme Time/Way Up High” in 1975 followed by “Cuchi-Cuchi in 1976 which was his final single. Due to the lack of success had by Gimme Gimme Time, Cuchi Cuchi would only be released in Canada where it also failed to have any chart success.

After Cuchi-Cuchi flopped in 1976, Ian Sebastian more or less retired from the music business. He left behind him a legacy of great music recorded under a bunch of different names. While not initially successful, his album has since become a psych-folk classic among collectors and fans of Canadian music. His solo singles as well as his work with The Westend 22 deserve further examination for sure. He was a man with a lot to say and let’s just be thankful most of it is on record.
WRITTEN & RESEARCHED BY: AARON LUSCH
AARONLUSCH@HOTMAIL.COM