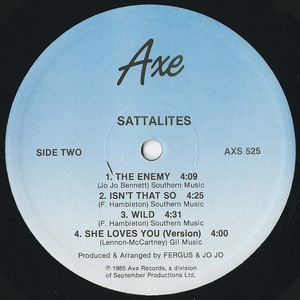 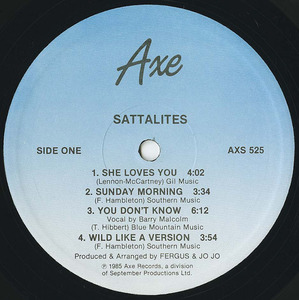 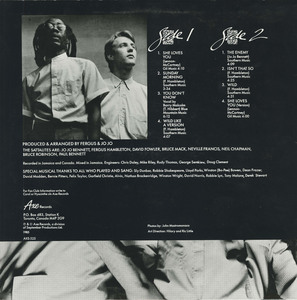 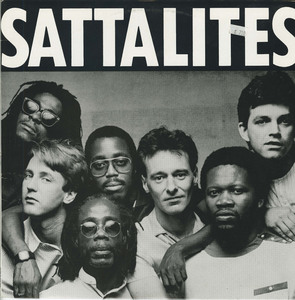 Fergus Hambleton of the legendary pop/reggae band SATTALITES and Jason Wilson, leader of the unique reggae/jazz group, TABARRUK present a unique blend of BOB music. The incredible songs of the TWO BOBS, Bob Marley and Bob Dylan, will be featured, with all the Marley songs done in a country/bluegrass rootsy style replete with pedal steel, mandolin and accordion along with guitar, bass and drums. The Dylan songs will be done in a reggae, rock steady and ska style with a more electric line-up.

What may seem like an unusual pairing is easily explained by Wilson, who like Hambleton is Scottish by heritage. “There seems to be a renewed popular interest in reggae music “with artists like country music veteran Willie Nelson, and controversial songstress Sinead O’Connor both releasing reggae music CD’s this year. Reggae is part of the great culture now, just as country music is. Blending them is surprisingly simply natural. The two forms speak to one another, and Dylan and Marley are ideologically compatible.”

Jamaican born Marley, was raised in humble, yet spiritually nourishing circumstances, rooted in a culture that easily mixed European and African influences; while Dylan in the US was surrounded by the eddies of that same mixture, forced through the prism of American technology and culture. Marley passed away at the peak of his powers, yet his stature has continued to grow throughout the world with every succeeding generation of music lovers. While Dylan, who still playing, writing and recording at a high level, is in the unenviable position of continually having to jostle with the iconic persona of his fabled 60’s past.

“In spite of their diverse backgrounds, both songwriters drew inspiration from a vibrant blend of folk styles from the old ballads of Scotland, Ireland etc through blues and gospel, with the twin ghosts of Africa and Europe always in the background,” explains Hambleton songwriter and vocalists of the Juno-Award winning reggae group Sattalites. “They both arrived on the scene as full blown talents when the explosion in recording technology of the 50’s and 60’s ran into first, the folk boom in the States and then the impact of the Beatles on every facet of the international music business.

Along with Jason Wilson (keyboards and vocals) and Fergus Hambleton (guitar and vocals) the all-star musical line-up for the night includes the accomplished Chris Whitely playing trumpet, pedal steel and harmonica; Sun Ray Grennan on drums and inspired DJ Styles and Michael Herring on stand-up bass.

FERGUS HAMBLETON
Fergus Hambleton is a Toronto based singer, composer and multi-instrumentalist with a thirty-five year history in the music industry. In the 60's, Fergus was involved in Toronto=s Yorkville scene - playing in a number of bands, most notably A Passing Fancy and the Ginger Group. In the 70s he produced two solo folk-rock albums for Capitol Canada (All The Right Noises and Town of Fergus) and a third album, Fergusongs, for the Axe Records label. With the arrival of the 1980s, Fergus started a music school with Jamaican legend Jo-Jo Bennett which evolved into The Sattalites, a groundbreaking reggae band that has remained together for 25 years, recorded 6 albums and won two Juno Awards plus numerous other awards and accolades. The Sattalites’ hit-renditions of AGimme Some Kind of Sign@ and AWalking on Sunshine@, among others, have enjoyed heavy rotation on various formats and stations across Canada.

JASON WILSON
As founder & lead singer of Juno-Award nominee Tabarruk, Jason Wilson has made a profound impact on Canada’s reggae scene in the past fifteen years. With Tabarruk, Wilson has performed over 2,000 shows in six different countries and has been touted by many to be a “visionary for reggae”. A published historian, Wilson displays great reverence for his chosen genre – a fact that might explain his impressive list of collaborations: Wilson has recorded and performed with Jackie Mittoo, Ernest Ranglin, UB40, Brinsley Forde (Aswad), Dave Wakeling (The Beat) and many other reggae stars – but he has also worked outside of the reggae world including collaborations with Alanis Morissette, Percy Sledge, The Mighty Sparrow and Amanda Marshall. With four full-length albums and another on the way, this Downsview-born Scottish-Canadian is only now being recognized for his role as a reggae ambassador.

CHRIS WHITELEY
Chris Whiteley has been successfully performing, writing and recording music for over thirty years. He has appeared on over 150 recordings with such diverse artists as Leon Redbone, John Hammond, Blind John Davis, Prairie Oyster and Stompin Tom Conners. His own recordings have led to many awards and accolades including Jazz Report Blues Album of the Year, six Juno Award nominations, Maple Blues Awards as Horn Player of the Year and SOCAN Songwriter of the Year. Chris wrote Prairie Oyster=s No. 1 Canadian country hit AMan in the Moon@ and has also had his songs recorded by such artists as Amos Garret, Cindy Church, Penny Lang, Quartette and Juno-Award winning blues band Fathead. Chris has also written music for Sesame Street and the National Film Board of Canada. Chris composed the music for the acclaimed documentary The Bunny Years (about the Playboy clubs) which has aired internationally on A & E, BBC and CTV. Chris has performed throughout North America including an appearance on Saturday Night Live with Leon Redbone. Chris often performs as part of the award winning CBC Radio show The Vinyl Cafe with Stuart McLean.