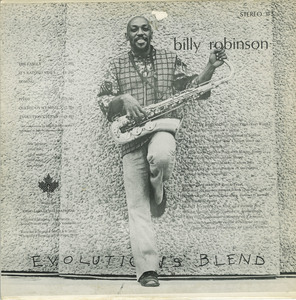 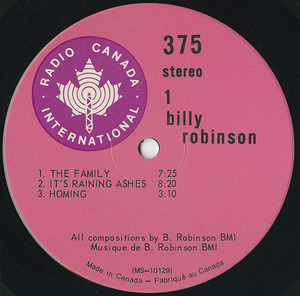 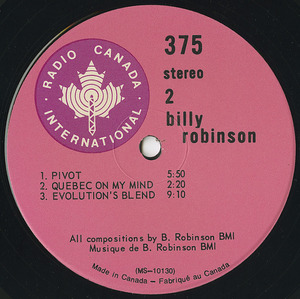 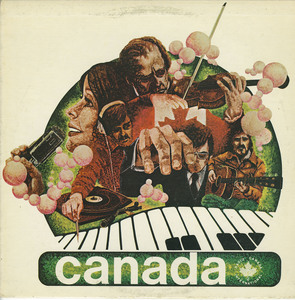 Billy Robinson’s first album is another forgotten gem from the Radio Canada International catalogue. On six of his soulful originals, the tenorman from Texas displays a warm sound and pithy phrasing, backed by a first-rate rhythm section featuring pianist Pierre Leduc and future guitar sensation Peter Leitch - in his first recording! From upbeat post-bop grooves to thoughtful ballads, Robinson delivers his message with a conviction that still leaps out of your speakers.

Sublime jazz work here. "The Family" is a blistering cut of monumental intensity, and "Québec On My Mind" is head-nodding breakbeat bliss.

Billy Robinson was born in Fort Worth, Texas, in 1939. During the '50s and '60s he lived in San Francisco and New York and played with John Carter, Ornette Coleman, Charles Mingus, Sonny Rollins, Dewey Redman, Archie Shepp and Freddie Hubbard, who dubbed him "The Mystic". After converting to Islam during the late '60s, he moved to Ottawa with his first wife and would frequently hop over to Montréal for gigs with pianist Sadik Hakim. He made his first recorded appearance on Shepp's 1972 album Attica Blues, released his own album, Evolution's Blend, the same year, and also played on Hakim's 1973 disc Grey Cup Caper. Later years saw the releases Doubt Dropping (1991) and A Short Turn To The Future (1998). Sadly, Robinson died of a heart attack at his home in Ottawa on August 11th, 2005, less than a month after performing at Toronto's Harbourfront Centre.

Both of these funky instrumental tracks, originally released on Evolution's Blend, can be found on the highly recommended Ready Or Not compilations put out by Do Right Music. Both were recorded on Sept. 8th and 9th, 1972, by the same line-up; Robinson on tenor sax, Pierre Leduc on piano, Errol Walters (previously of the Soul Vendors) on bass, Peter Leitch on guitar and Jim Norman on drums. Robinson had this to say about "Québec", which was recorded as an afterthought: "When we found out there was a little tape left at the end of our session, I asked Jim to come up with a beat and I just played off that. I think we recorded it in one take and it sounded alright so we kept it. Now that's the track everyone wants to know about."