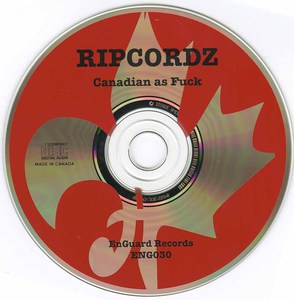 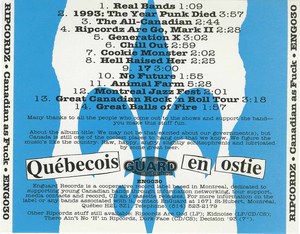 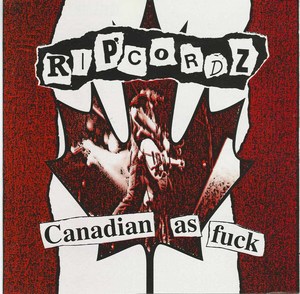 The Ripcordz haven’t been around forever -- it just seems that way.

Formed in 1980, the band played various basements and dives before deciding they really didn’t have anything better to do and really started paying attention to what they were doing. The result, their first album, “Ripcordz Are Go(d)” released in 1988. Since then, they’ve released ten full-length albums, gone on 13 cross-Canada tours and played well over a thousand shows (they stopped counting a while back). The sound includes a mix of rock ‘n roll, hardcore, Punk and pop (mostly Punk, we’d say). They like to describe it as a glob of distortion that bursts out of your speakers and soils the rug so your parents have to clean it up. (The band likes to say that, but the record company wishes they would stop…) They’ve played with a wide variety of alternative bands including Rancid, Nirvana, Anti-Flag, Lydia Lunch, DOA, The Misfits and a host of others. Rancid was even nice enough to call them “Canada’s best Punk band.”

With Alex on bass, and François Demers rejoining the band on drums -- it’s their strongest line-up yet. And Paul vows that he’ll learn how to play guitar any day now. The band’s latest album, “What if they held a revolution and nobody came?” has been getting some rave reviews. And they’re happy to keep playing and releasing new material as long as the fans like the new stuff more than the old. Paul describes it this way: “We may be an old band, but we’re playing new music. Once we become our own cover band, I’m gonna quit and take up knitting or politics or something...”