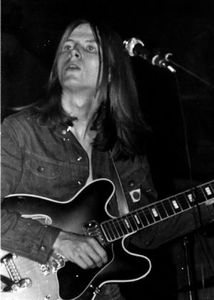 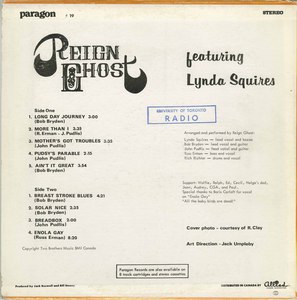 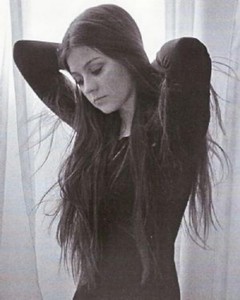 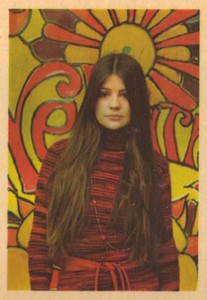 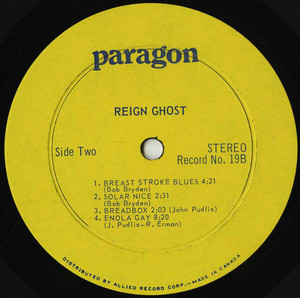 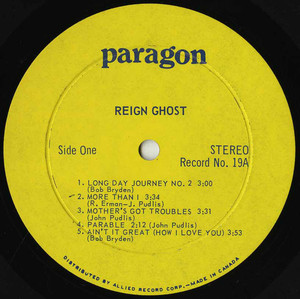 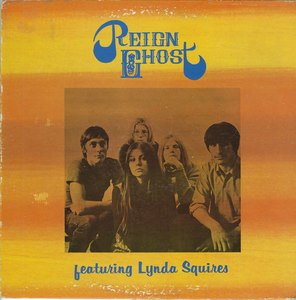 Reign Ghost was a late '60s rock group from Oshawa, Ontario, Canada. Reign Ghost was considered to be one of the leaders of the Canadian ’60s underground psychedelic scene. Their two albums released are amongst the rarest Canadian psych albums.

Bob Bryden and singer Lynda Squires had been members of The Christopher Columbus Discovery of New Lands Band in Oshawa, Ontario during 1967. As is the fate with most bands, the unit split up in 1968. Columbus' direct competition in town was an act called Reign Ghost and with an eye to find something new to do, Bryden and Squires infiltrated the rival band as guitarist and singer respectively. Soon the bassist left and Bryden snuck in former Columbus bassist Joe Gallant. Following the usual 'creative differences' excuse, Gallant quit and then came Columbus' Jerry Dufek. This line-up hooked up with Jack Boswell's Allied Records who threw them into a recording studio for the self-titled 'Reign Ghost' album in late 1968. The album was released in January 1969. However, the band fraught with internal conflicts once more and destroyed the band. Bryden and Squires moved on once again and hooked up with drummer Rich Richter and bassist Russ Erman who reclaimed the name Reign Ghost with the new comrades more than willing to become the New Reign Ghost. Allied was happy to have their name band back and offered to release the follow-up album 'Reign Ghost Featuring Lynda Squires', but before the album could be released, the band split up again. Bryden went on to join Christmas (aka Spirit of Christmas) and their first album, coincidentally was released by Paragon in July 1970 on the exact same day as they decided to release the 2nd Reign Ghost album. Lynda Squires went on to join the Canadian cast of 'Hair' and married Francis W. Davies (president of Daffodil Records and The Music Publisher). In early 1991, Ken Golden of Laser's Edge in New Jersey decided to re-issue the two albums on one CD to rescue these two obscure, and collectible, albums from oblivion.