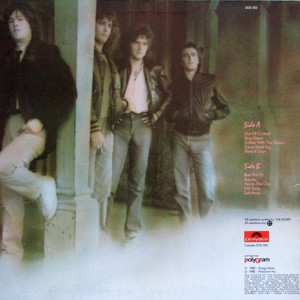 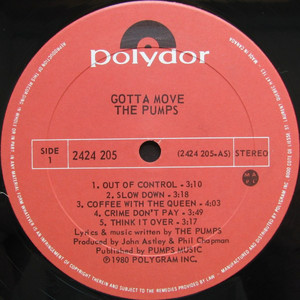 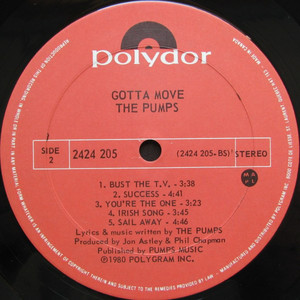 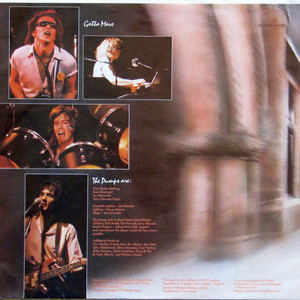 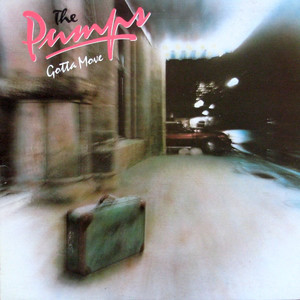 The Pumps formed in early 1978 and centred around friends Chris Burke-Gaffney on vocals and bass, lead guitarist Lou Petron a Winnipeg phovich, and drummer Terry Norman Taylor. Within a few months, Brent Diamond joined on keyboards. The four of them, sans Petrovich, actually had roots going back to high school, when they played with future Harlequin guitarist Glen Willows in Max Damien.

Playing in front of whatever local audience they could find, they quickly developed a following because of their live shows, full of energy and superb musicianship that seldom, if ever, had people leave unsatisfied. Before long they were doing shows on the western Canadian 'b' circuit. All the while they were writing their own music, incorporating the songs into the live shows.

Frank Welpert became the band's manager, who subsequently turned his friend Bob Ansell on to them. Ansell was the national promotions manager for Polygram, and signed the band to an international recording deal in early '79, then whisked them off to Le Studio in Morin Heights, Quebec for four months of recording sessions.

With famed British producers Phil Chapman and Jon Astley behind the board, GOTTA MOVE was in the stores by March 1980. Over the next six months, three singles found their way to FM radio's playlists across the country, "Success," "Bust The TV" (a shot at mindless programs, many of which are considered pop culture icons like "Charlie's Angels" and "Dukes of Hazzard), and the Beatlesesque "Coffee With The Queen." The album blossomed with some of the freshest sounds of the time.