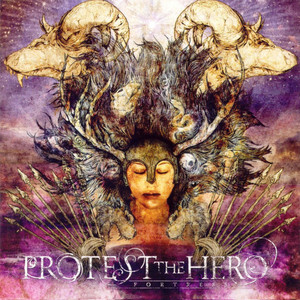 With Fortress, Protest the Hero continue to execute their vision of progressive metal/hardcore/punk. This music is fast, technical, melodic, emotional, unpredictable and awesome! Those same adjectives can describe their debut, Kezia, but when comparing the two, for this new release, you can add the word more to the beginning of each of those adjectives (except for fast, where you will add an "er" directly to the end of the word). You can tell there's more emphasis on the tech-metal element of their music here. The heaviness and thrash-metal sound are given more free-reign on these tracks in addition to the increased technicality, but it never feels like too much to handle. Everything is just right.

Protest the Hero avoids formulaic structures without compromising coherence. Songs may have choruses, but they are amongst a barrage of other riffs and hooks in a seemingly random order. But it all flows ever so perfectly! It's all calculated and performed with precision matched by only a small group of their peers.

The pieces are short, but with songs like these, you don't need more time. As before, the album is divided up into three parts, separated with soft interludes (the only breaks you'll get). The band takes more advantage of their musical muscle as can be evidenced by the constant use of sweep progressions, tapped lines by the guitars and bass, and plenty of syncopated riffs. The vocals have improved as well; Rody's range and personality have been greatly expanded. It's amazing how much is happening here especially while there is a melody being sung. It never feels cluttered or pretentious. The band also gives us a taste of their quirkier side. Besides adding some simply fun riffs into the mix here and there, the end of the interlude occurring at the dead center of the record (in the middle of the second part, right after "Palms Read") can be described as "circus metal."

Along with such groups as Between the Buried and Me and The Dillinger Escape Plan, Protest the Hero reside on the upper echelon of tech/extreme progressive metal. They aren't as experimental, but their compositional skills are so beyond the typical band that it more than justifies their inclusion. In this genre, it's a difficult to make truly stunning and long-lasting music. Fortress provides such music which is immediately gratifying and only gets better over time. Wow, just wow.
-Moatilliatta