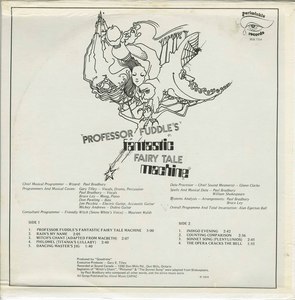 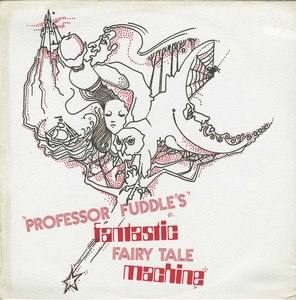 Paul Bradbury was born in England at a Hatfield Middlesex hospital on July 3rd 1945
…these days, however, he maintains to anyone who will believe him that he’s now only 55 years old so they don’t have to wonder if he can make it home by himself.

His recollection of Borealis begins in early 1972, meeting David Hillier and Wayne Sturge at one of their gigs in downtown St. John's, playing in a group called Aquarius, with Scott Rowsell as vocalist and Mac Babb on bass. Both wanted to get out of downtown clubs and play in a rock band for high schools and university gigs, so he I talked them into a few practices and it progressed from there. Paul’s younger brother Mark came in when he got out of the army's Regular Officers' Training Plan and Paul talked him into learning bass for the new band. Influenced by the current sounds of Blood Sweat & Tears, Led Zeppelin and Savoy Brown, two songs on the album from drummer David Hillier eased him into the slot as the band’s primary lyricist, with Paul Bradbury providing most of the musical composition, but the finished product of their album was literally a group effort, with Mark & Wayne contributing music, lyrics & vocals as well.

Contrary to the note on what appears to be a pirated CD recently issued in Korea, SONS OF THE SEA was not recorded in March 1970 in Toronto, but rather on a 4-track tape player in July 1972, the night before Borealis opened for Lighthouse at a local concert, and it was the first rock album recorded in the Atlantic provinces, on the Audat label., catalogue #477-9025.

Though the opening track In The End got a great deal of airplay in the Maritimes, Bradbury & the group didn’t think anything would come of their music. Newfoundland had already proven to be a long way from the "big time"…a radio colleague who had made it to CHUM radio in Toronto would pan the album….

But they continued playing together in 1973 and 74 around the bay (as they say in Newfoundland) at sock hops etc. where they attracted a good following, being a "townie" band from the "big city" of St Johns….

Having been inspired by reading a play by Alan Ball, Bradbury wrote the Prof Fuddle lyrics and music, and Borealis helped him record the theme song in Wayne's basement as a demo. Alan was pleased with the interpretation, offering to find funding for
an album. Paul then wrote the rest of the tunes, with the help of a Shakespeare lyric or two that Alan contributed from his play. He then arranged to record them with a friend, Gary Tilley, who had moved to Toronto and who was able to find other musicians, a recording studio (Sound Canada in Don Mills, and a sound engineer. When he went to Toronto for the actual sessions, a young nursing student named Maureen Walsh (& her parents) accompanied him, and it is her lovely voice you will hear singing the part of Snow White in two tracks on the album, Rain’s My Name and Sonnet Song.

The play was staged at the Arts & Culture Centre in St Johns NF as its Christmas 1973 presentation, and, according the reviews in the following day’s papers, was a rousing success. Bradbury remembers the play's opening night as very exciting, but with the failure of SONS OF THE SEA to attract anything but regional notice, his hopes for this effort were not high. He was “…just happy to have been involved in making music that was on the shelf for anyone to hear & hoped the play might go somewhere.” However he was shocked (happily, I imagine) when Alan Ball’s play went on to be included in a 5-volume collage of Canadian Children’s plays with both their photos accompanying the title page. “I was wearing an awful silky patterned shirt in the photo, that still gives me the willies, but I thought it was cool at the time…”

The Fuddle album was inspired following an idea by Alan Ball, who went on to join the Canadian Arts Council. Alan had the idea of writing a play that would explain to children how computers work. Nowadays of course children will tell adults how computers work, but such was not the way of the world back in 1973.

Personal computers had not been invented. The story of the play is a 1970s fairy tale, set in a fishing hamlet in Newfoundland…Jeff, a young boy of about 12, visits his uncle, Professor Fuddle, who has acquired an old union hall in the hamlet, in which to build his experimental computer.

The opening title song introduces & animates the huge machine, which takes up the entire width of the stage. As Jeff arrives, the Professor is seated before the machine’s controls at centre stage. He is tsting the machine’s capability to produce holographs of storybook characters. Snow White appears from the machine’s good side hiding from a wicked queen in a haunted forest, singing the album’s second song, Rain’s My Name, and dancing dreamily to the computer’s generated music of the next track, Philomel, taken from Shakespeare’s MacBeth

Snow White’s seven dwarves are produced from the computer’s good side during the next track, Dancing Masters Jig, as two marionettes minus their strings. Here the play seems to absorb some of the local culture & history, as track six, Indigo Evening, introduces mermaid ghosts fleeing from the evil side of the computer.

Now we find that forgetful Professor Fuddle a has forgotten to teach his computer how to count, & here Jeff & the dancing masters ask the audience to help them program the computer to do so, learning the difference between big & small in the Counting Comparison Song. We then hear the Sonnet Song followed by The Opera Cracks the Bell, in which the mermaids haunt the evil witch & break the spell of her thousand-year reign of evil….