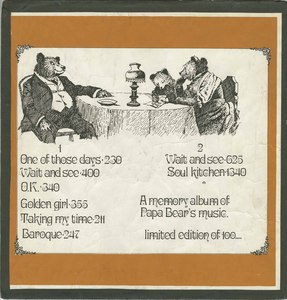 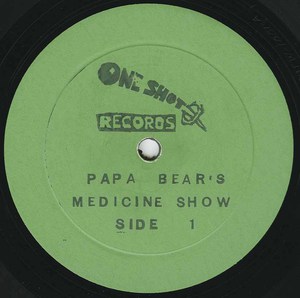 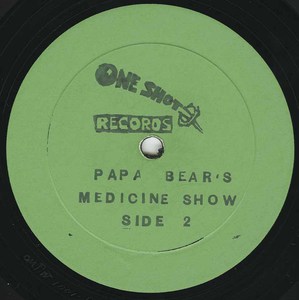 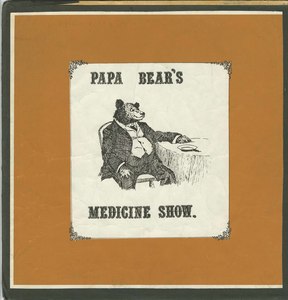 The Papa Bears Medicine Show were a Vancouver, British Columbia band that got their name shortly after Papa Bear Craig Wood yelled down to his room-mates "Who's been sleeping in my bed?".

This album was Vancouver's first bootleg LP recording, released in 1970 on One Shot. Upon discovery of the bootleg, the albums were pulled from local record store shelves and were sold privately for $6 each. They now fetch around USD$1500.00 to $2500.00, depending on their condition. It's a tough album to find in decent shape.

The tracks were assembled by Michael Willmore and 99 hand-numbered copies of the album were pressed at Rada Records in Vancouver.

A CD compilation of different tracks was also assembled and released by Michael Willmore and Rieuwert Buitenga (The Nightstalkers, The Worst) on One Shot 002 in 2003. The album was also bootlegged on the Five Little Indians label out of Germany. Even that album has sold for as much as $165.