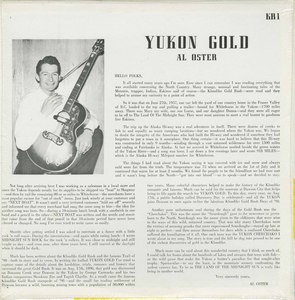 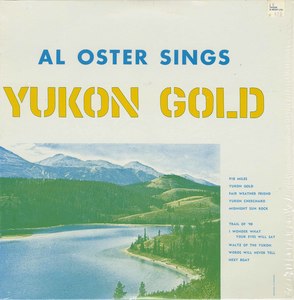 Al Oster was born in Vanguard, Saskatchewan on December 3, 1924. He was raised on a farm near Macoun, Saskatchewan, and spent 18 years in Langley, British Columbia from 1939 to 1957. On June 27th, 1957, he set off to Whitehorse, Yukon with his wife Mary, his son Lorne and daughter Donna.

He worked as a salesman at a local store in Whitehorse and often penned his songs during his lunch breaks. While working as an entertainer at a dance, while on lunch break and while eating a sandwich, he wrote the rockabilly track Midnight Sun Rock. This song was later recorded on tiny label Tundra T101 and it one of the earliest examples of Canadian rockabilly. It is considered to be a holy grail artifact (reportedly 200 pressed) and sells for about $750, if you can find one. This album version is a slightly different version of Midnight Sun Rock.

Al Oster recorded many Canadian folk tales about the Klondike, the Indians, the Eskimos (Inuit), the Mounties and the like.

He also wrote "The Ballad of Soapy Smith". Soapy Smith was an American gangster who operated a gambling saloon in Skagway, Alaska called "Jeff Smith's Parlour". Reportedly Soapy Smith had planned to invade the Yukon and Canada in an attempt to overthrow the Canadian government. However, Soapy Smith's biography "Alias Soapy Smith: The Life and Death of a Scoundrel", written by his grandson, states that there is no evidence whatsoever that Soapy ever even went into Canada, let alone had plans to take it over. Soapy was eventually murdered by a bunch of vigilantes in Skagway, Alaska.