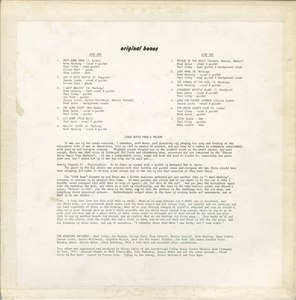 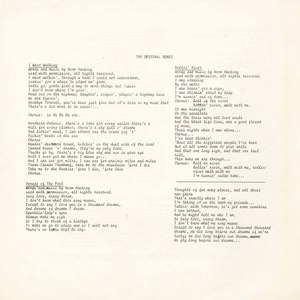 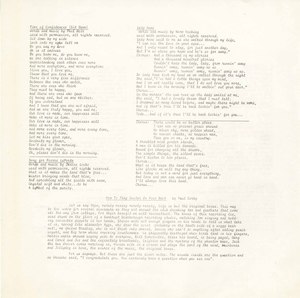 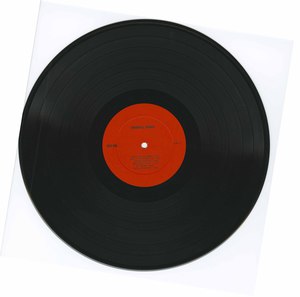 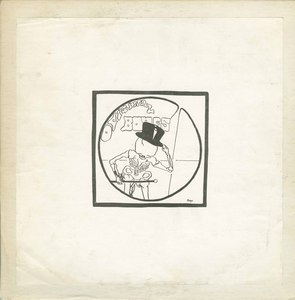 Original Bones were a collective of folk musicians who formed in Scarborough, Ontario. This album features four Norm Hacking originals - his first forray onto vinyl. The session was recorded at Scarborough College Media Centre Studios from February to June, 1972 in Toronto. A few of the folks who dropped by to record included Paul Corby, Jan Duncan, Vivian East, Greg Farrell, Martin Farrell, Norm Hacking, Gary Lipton, Janine Locke, Jackie McCormick, Leighton McLeod, Jack (on the buses) Pickles, Jim Pett (the Grand Exalted Foon), Bradley Sales, Steven Sales, Carol Sokoloff, Phil & Jill Weir, and other assorted visitations. My guess is that there were only around 50 copies ever pressed, making it probably the rarest folk record ever pressed in Canada, which explains the $700 pricetag, that is if you can ever find a copy. The home-made paste on 'skeleton takes a bow' cover design was drawn by Don Agro.

Janine Locke's "An ode to Pierre La Porte", is a ballad about Quebec's former minister of labour and immigration, who was kidnapped by the F.L.Q. (Front de Libération du Québec) during the October crisis in 1970. He was strangled and murdered on October 17, 1970, just one day after Trudeau invoked the War Measures Act. He was found stuffed in the trunk of a car. Members of the Montréal Chénier Cell (named after the rebel hero of the lower Canada Rebellion; the name given to the armed conflict between the rebels of Lower Canada and the UK colonial power of Quebec) were Paul Rose and Francis Simard, who received life sentences for murder. Bernard Lortie was sentenced to 20 years for kidnapping. Jacques Rose was convicted of being an accessory after the fact and was sentenced to eight years. All are now free to roam.