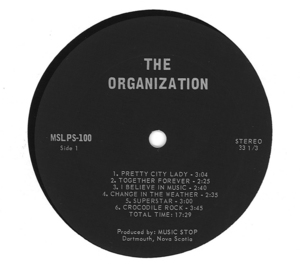 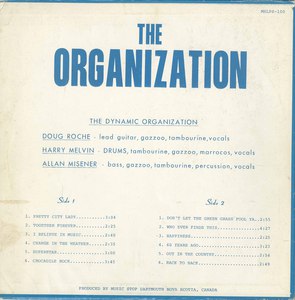 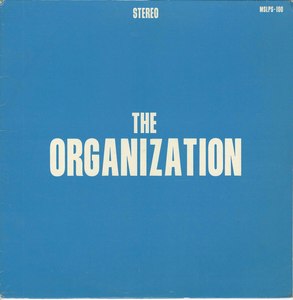 The Dynamic Organization were a band from Dartmouth, Nova Scotia. Their only album was this self-titled, mostly soft psych rock album, which was produced privately by Music Stop MSLPS-100, circa 1970.

The album is a very interesting listen and contains mostly original material, ranging from light psych rock ("Superstar", "Happiness", "60 Years Ago") to country psych rock ("Don't Let the Green Grass Fool Ya", "Out in the Country"). Although the album is rather consistently light psych rock, it also contains one cover ("Crocadile Rock") and a vocal harmony love song ("Together Forever").

There's a great humorous calypso track at the end ("Back to Back"), a song about beer-swilling zombies (homosexuals and whores alike) who dance back to back at the cemetary jamboree in Long Island, New York, USA.