Organ, The - Grab That Gun 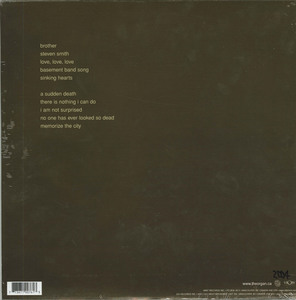 The Organ - Grab That Gun BACK 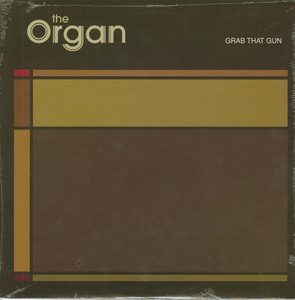 Deep in the heart of Vancouver, Canada, all is well with the new music scene. The Organs' album 'Grab That Gun' arrived for me as usual from my lovely Editor on Saturday morning. I have to be honest, I'd never heard of them. I wanted to first and foremost let their music do the talking.

First impressions naturally brought back memories of Joy Division, The Cure and The Smiths in fact I had to check whether on not the lads formed an 80's super group, to my relief they didn't. But the comparisons are startling and the group obviously find sanctuary with the above. The melancholy oozes, and as the album skips into life I decide to check up on my subjects.

The Organs are an all girl five piece from Vancouver, who have their roots firmly entwined with all the above. They were signed to Canadian label Too Pure last year and things have progressed at a phenomenal pace since.

The band are solid, with good depth from Stocks on Drums and her deputy Webber on Bass who waves in with some wonderfully crafted wandering lines. Smyth 'IS' the Organ whilst Cohen works those classic tones like a consummate pro and Lead vocalist Sketch sounds like the lovechild of Mosser himself, and even possesses his gift with the lyrics, he must be so proud!

After a few good plays, they are growing on me. And a few tracks are beginning to force themselves to the front. 'Brother' is a solid gold first song that says, "expect a lot more of this!", to the point where Sketch opens with 'Here we go', inviting us in. Next 'Love, Love, Love' with its infectious chorus (an art the band illustrate more of throughout the album) and similarly 'Sinking Hearts' that's one of those tracks that ends all too soon. 'I Am Not Surprised' and 'Memorize The City' are a timely reminder that the band can up tempo, and do it well.

Their first record is a decent collection of love, loss, regret and the obligatory self loathing. Always melodic and moody but never contrived, The Organ have wetted our appetite for what could lie ahead in the next few years.

You know those albums that eliminate all traces of doubt from your mind within the first few bars? The Strokes' Is This It was one. So was Editors' The Back Room, and Arcade Fire's Funeral. The Organ's debut effort Grab That Gun can now be added to that exclusive list - make a note of it.
While they may be an all-female five-piece from western Canada, The Organ are not, contrary to expectations, Alanis Morissette to the power of five. In the same way that Stephen Malkmus drew his sordid sentinels Blightywards, Katie Sketch appears to be something of an anglophile, trading the vast expanses of British Columbia for a damp London studio (aurally speaking, anyway). The effect is easily as effective as it was for Pavement.

Album opener and recent single Brother - the LP's doubt-annihilating tour de force - is pure Smiths at heart, driving along inside a dark bassline as a jangly guitar picks and jabs at the speaker. Follow-up Steven Smith consolidates with all the same airs and graces, Jenny Smyth's skewed Hammond organ providing the sugar to Sketch's salt.

And it doesn't end there: Love Love Love tweaks the same set of buttons with a songwriting knack so authentic you'd swear it was a faithful cover of some forgotten new wave classic by The Cure or Joy Division; Basement Band does Editors better than they can do themselves; There Is Nothing I Can Do soothes the soundscape, allowing Sketch's melancholy to roam free (she's the "Morri-she", as some clever sod noted recently).

For all of Grab That Gun's strengths, however, there exists one or two minor gripes. Would it have been such a stretch to vary the instrument set now and then? I realise, of course, that The Organ's constituent members are happy to trade instruments as they bash out consistently effective songs, but it's the same guitar, bass, drum and organ approach each and every time. If it ain't broke, don't fix it, you might say, but having heard a tremendous acoustic incarnation of Love Love Love, I'd be loathe to agree with that particular maxim.

But a winning formula is a winning formula nonetheless, and you'd be hard pressed to find a more authentic debut this year. This dark, sassy revivalism fills the gaping hole left by The Breeders that The Like are just too nice to fill, and that's reason enough for me.