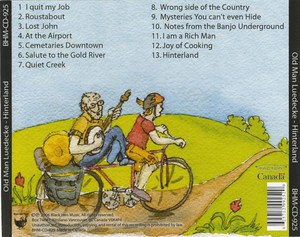 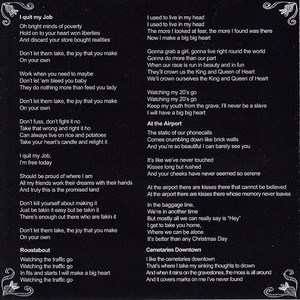 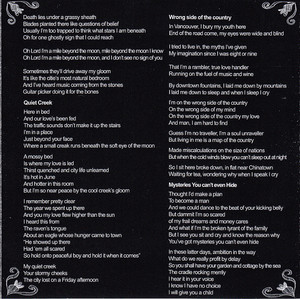 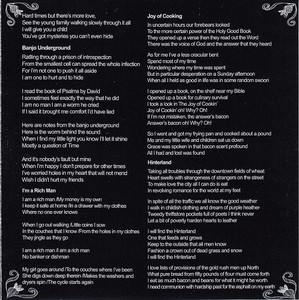 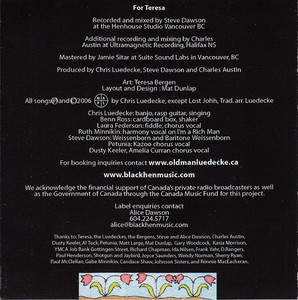 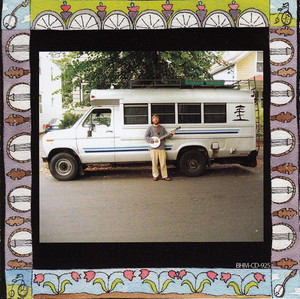 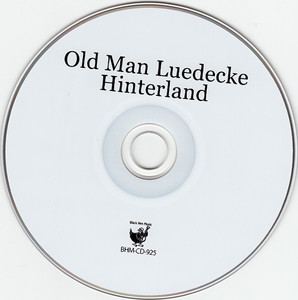 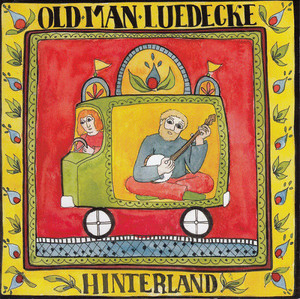 In banjo songster tradition, Old Man Luedecke sings his songs accompanied only by his inspired clawhammer playing and his stomping foot. But for "Hinterland" he branches out sonically yet keeps a spare pallet to let the songs breathe and stand on their own. "Hinterland" features the fiddling of Halifax Irish session whiz Laura Federson, Halifax scene celebreties drunk in a midnight choir, the best example of a 21st century Kazoo solo by fellow troubadour Petunia, the haunting harmony of indie superstar Ruth Minnikin (Guthries, Heavy Blinkers) and the stunning Weissenborn of Steve Dawson. "Hinterland" was recorded in just a few breezy sessions at Steve Dawson's portable Hen House Studio in Whistler BC and at Halifax's indie temple Ultramagnetic Recording studios (Joel Plaskett, Matt Mays, Buck 65).

Old Man Luedecke keeps up a steady touring schedule, whether doing solo gigs, blending his act in with a bill at indie rock shows, or in front of huge beaming festival audiences. Old Man Luedecke has appeared at Mariposa Folk Festival, Stan Roger's Folk Festival, and the Lunenburg Folk Harbour Festival to name a few.

Old Man Luedecke's music invokes the spirit of the folk revival of the late fifties and early sixties with a modern edge. He draws his influences from such rediscovered solo banjo masters as Doc Boggs and Bascom Lunsford as well as The Holy Modal Rounders, Rambling Jack Elliot and the music of relatively the obscure Halifax based songsmith Al Tuck. There's also more than a hint of Pete Seeger and Woody Guthrie in the mix.

"Hinterland" is a major work for Old Man Luedecke as a concise and brilliantly articulated document of the music that makes him and that he makes. Destined to be an odd and eclectic Canadian classic, the songs of "Hinterland" distill the pursuit of "following your dream" wrapped in the folds of exciting genre-busting folk. Sure to appeal to fans of all good music "Hinterland" picks up where his successful 2003 debut "Mole in the Ground" left off with a more fully developed personal vision, musical depth and awareness of folk idioms bent to modern purpose.